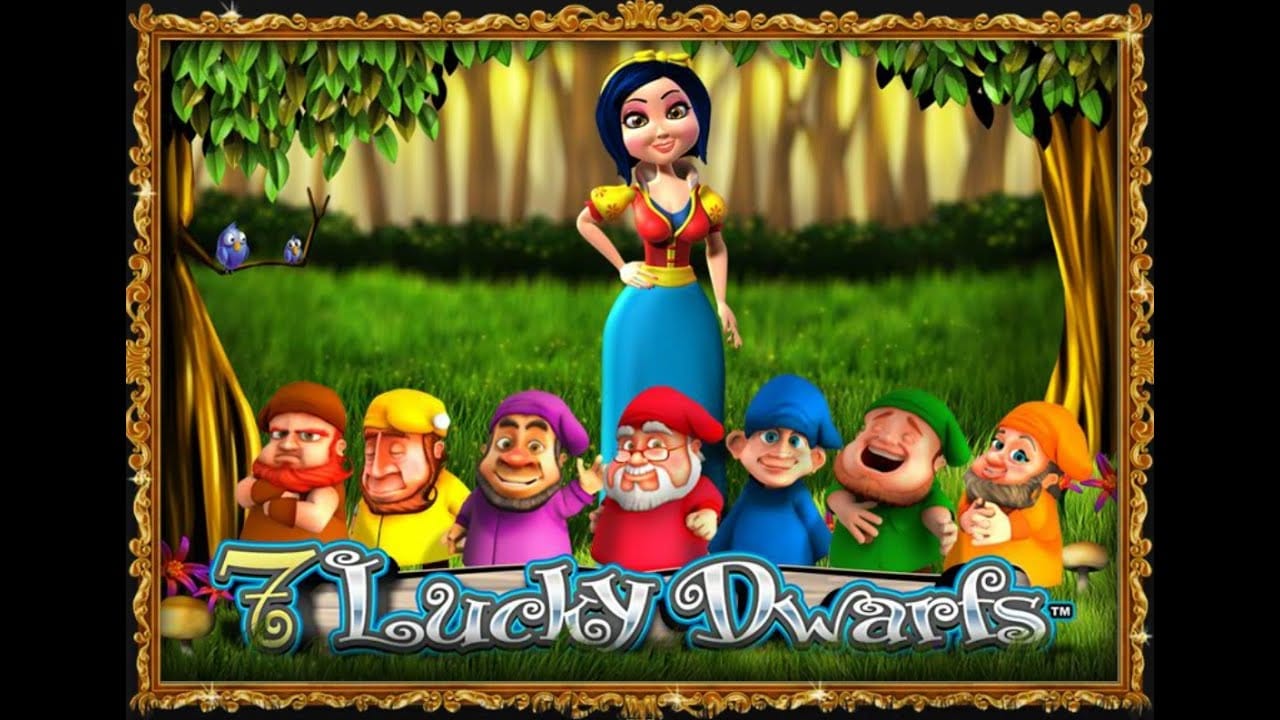 If you loved fairytales, fiction, and fantasy growing up - and still do, then 7 lucky dwarfs is the game for you. This online slot game is inspired by the story of Snow White and the 7 dwarfs and the story that makes up the basis of this game is her fight against the evil queen.

This online slot game comes with many bonus features too, such as daily free spins. This makes it one to definitely try out even if you are not a huge fan of the story.

It is set across five reels with three rows and twenty fixed pay lines, against a background of the woods that featured in the popular Snow White movie and storybook and you will see the reels spin within a bare wooden frame in keeping with the overall theme.

The symbols that you can expect to find with this online slot game are fun too, and these are based closely on the characters that are in the story itself.

Leander Games are the makers of 278 online games for 132 online casinos with 63 partners and 11 jurisdictions under their belt. Not bad. According to the Leander Games website, they are an industry-leading games studio with a presence in the biggest operators out there with a huge and ever-growing portfolio which boasts localised games for 31 countries and certified for most major markets.

As well as 7 Lucky Dwarfs, Leander Games are the makers of other popular and well-known free slot games which include: 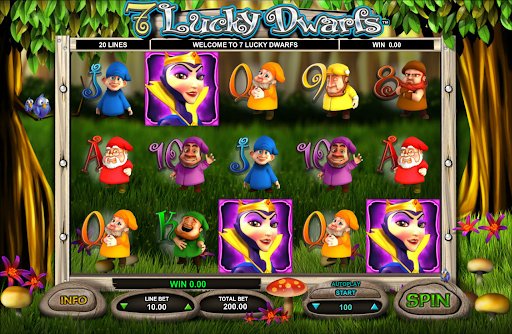 When it comes to the symbols that you will find with this online slot game with online slots, these are all pretty much as you would expect but this does not make them any less appealing. Of the base symbols, there are eight of them, and these are the queen and all of the dwarfs - Doc, Grumpy, Happy, Sleepy, Bashful, Sneezy and Dopey.

Of course, you can find snow-white herself featuring as a symbol on this online slot game too - it was based on her story after all - and she acts as the wild symbol, subbing out everything with the exception of the bonus symbol, which is snow white’s house and this will only appear on reels one, three and five.

In terms of the bonuses that you can expect to find with this online slot game there are five free spins up for grabs which the player will be given when the snow-white symbol appears from the left-hand side of the screen and freezes the count down.

The spins go on until she leaves and the count down starts up again, when the spins are done you can pick a dwarf for a multiplier. The mirror bonus is when reels one four and five are mirrored and that copies the symbols on reel two onto the three reels and gets you matching symbols. Play mobile slots now