Come to ancient China and embark on a military campaign that will echo throughout the ages with 3 Kingdoms – Battle of Red Cliffs. Players join forces with 3 generals: Sun Quan, Liu Bei and Cao Cao, as they strike out on a journey to conquest in the old orient.

This is a 5 reel, 25 pay line slot from developers Pragmatic Play, and in typical fashion, the graphics make this a stunning gaming experience.

Complete with an awesome soundtrack and packed with fun bonus features, 3 Kingdoms – Battle of Red Cliffs is an online slot that is all about conquering the world and collecting the spoils! Find it right here at Mega Reel free spins casino!

Pragmatic Play is a relative newcomer to the online casino world, but that doesn’t mean it lacks experience. In the Pragmatic Play game list, gamers will find several kinds of casino games but the company’s main focus has always been on online video slots. Click for more slots by this developer.

These games popular and playable, with fans throughout the world and offices throughout Europe, as well as in Africa and Asia. Stunning graphics and colourful play is the hallmark of the company, and some of their established and loved games include Aztec Gems, Pixie Wings, Diamond Strike and 7 Piggies. 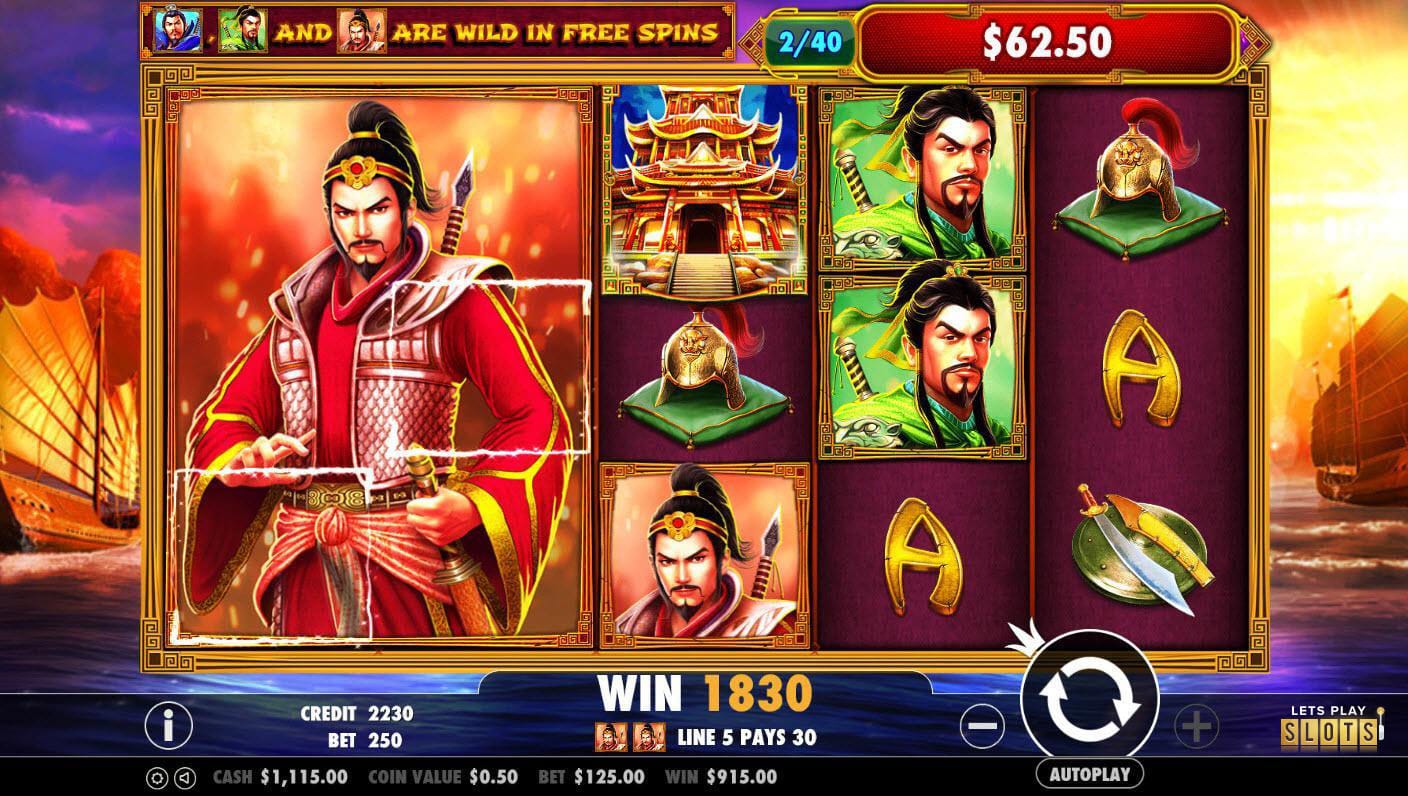 3 Kingdoms – Battle of Red Cliffs pay by mobile slots is played over 5 reels with 25 pay lines, and allows players to stake between 0.25 and 125.0 coins. This makes it suitable for those who want to bet big and those just gaming for a bit of fun.

Players will be familiar with the high card symbols of 9, 10, J, Q, K and A, but it is matching up the specially developed symbols on the reels that really helps players to win big prizes. These include ornate oriental swords, jewelled helmets, temples and our 3 friends the Generals. Fun and engaging bonus features include:

Progressive Prize: Land the three generals on the reels to win one point. Once a player reaches 40 points, they then are able to claim the progressive prize, which increases at a rate of 2% for all bets made and continues to climb until it is paid out.

Pick Me – Chinese hongbao, or fed envelopes, have long been associated with cash gifts in the Middle Kingdom, and 3 Kingdoms – Battle of Red Cliffs, is no exception. Players must pick an envelope, and each one contains a multiplier of up to x100. This is then applied to the gamer’s progressive prize, which means potentially huge winnings can be made. Head to Mega to play casino games free! 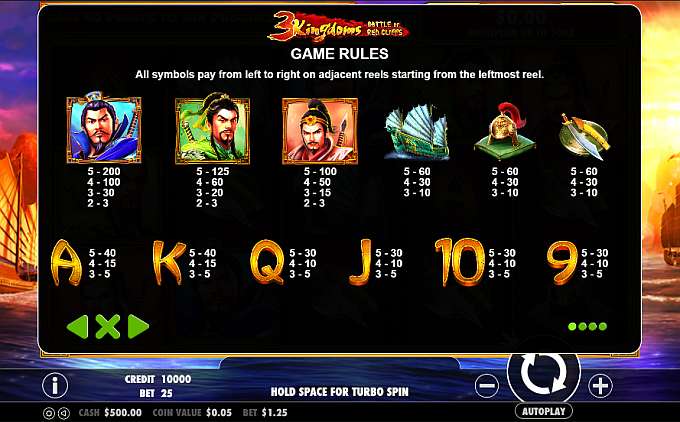 The ancient orient has long been a favourite theme of online slot developers, and it’s easy to see why. With epic tales and brave heroes, there is something to appeal to everyone, and 3 Kingdoms –Battle of Red Cliffs, is no exception.

Stunning graphics and generous progressive bonus features and Pick Me rounds make this an online slot that always delivers engaging and exciting gameplay set against an epic backdrop. You may also want to play 243 Crystal Fruits slot!