Who Wants To Be a Millionaire is the flashy new online casino slot game, brought to you by Big Time Gaming. This is a 6 reel slot, with up to 117,649 ways to win! As you may have recognised, it is based on the popular Television game-show of the same name.

Features here include multipliers, symbol drop re-spins and a free spins round. The free spins feature offers up to 8 free spins and a chance to gamble for more plus a ladder that can award up to 50 free spins. Stakes on all devices start from 20p to £100 a spin. Check out the slots with bonus spins.

Who Wants to be a Millionaire began as a British game-show. It was originally hosted by Chris Tarrant, but a special series of the show was hosted by Jeremy Clarkson. In the game, players are tested on the speed they can list a number of answers to a question in the correct order. The fastest is then chosen to play the main body of the game.

They answer question by question, making their way up to a ladder of numeric amounts. The highest rung of this ladder is one million pounds. Each rung is passed by answering a question correctly, from four possible answers. Players are given three options of help, to aid them in the game.

These consist of asking the audience, phoning a friend or splitting the answers in half. Each of these can only be used once in the deposit by phone game. A player can stop playing at any time in the game. And, they will leave with the numeric number on the rung they are currently on. However, if they get a question wrong, they can fall to a lower number on the ladder.

There was a shocking moment in the show's history in September of 2001. Charles Ingram, with the help of his wife and another player, cheated their way to the one million pound prize. How?

When Ingram was unable to answer a question, he would wait for a cough or indication from his two accomplices. They would inform him about which was the correct answer. After reviewing the footage, it was decided that Ingram was a cheat. His winnings were taken back!

This game-show was so popular it spread internationally! There are many version of this game around the world. One of the most famous moments of the show was its inclusion in the blockbuster film Slumdog Millionaire!

About the UK Online Slot Game

Eyecon has been very successful in making this free slot games look nearly identical to the iconic television game-show. The reels match the show set with symbols on the reels including card values A to 9 and 4 gemstones.

Winning combinations are achieved when players land matching symbols on adjacent reels. The highest wins can be received with the purple diamonds. Six of these beauties will pay you 50x your bet!

When you have a win, the symbols that the win consisted of exploding and new ones drop in to replace them! The wins continue forming long as new symbol combinations are created. In Who Wants to Be a Millionaire, the SCATTER is represented with the Millionaire logo.

There are 12 rungs on the free spins ladder for the player to climb. When players ascend upwards, they will win a certain amount of spins. The 2nd and 7th rungs, reward 10 or 20 free spins respectively. If you make it to the top of the ladder, 50 free spins are rewarded!

The free spins also have multipliers during each round. The multiplier starts at 1x and goes on increasing with each win. The round can also be re-triggered. When 3 or 4 logo symbols land on the mini reels, 4 or 8 extra free spins are awarded. 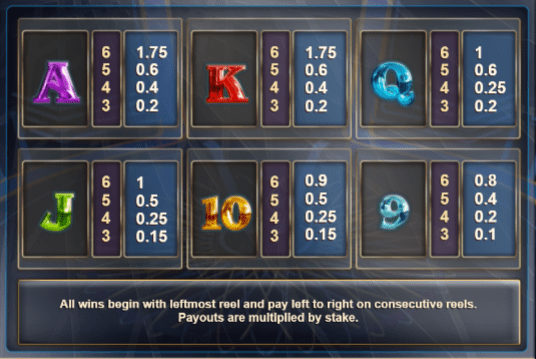 This best online slots was created by Big Time Gaming. Their headquarters are in the beautiful city of Brisbane, Australia. They were founded in 2011, and have created online casino games ever since. They are a developer which creates innovative, unique games. They often make games which are themed from television programs or films. This includes

The Verdict on Who Wants to Be a Millionaire

If you liked the TV show, then you will definitely love the slot version of the show. Who Wants To Be A Millionaire is a fantastic release by Big Time Gaming! It is an accurate recreation of the show. Of course, you won't be going through any general knowledge questions this is a slot game, through-and-through.

This slot includes some excellent visuals and the features are great. If you enjoy the MegaWays gaming engine, you will love this slot. If you enjoyed this game, then why not try Dazzling Dragons slot? Play on Mega Reels, Mega good deals!