Based on the extremely popular TV series Vikings, this exciting and adrenaline fuelled game is taking the online casino world by storm. Head West across the ocean with Ragnar at the helm in this exciting Viking themed video slot game. You can unleash your inner Viking as you join Lagertha, Floki and Bjorn and break free from the strains of Earl Haraldson to yield untold fortunes and treasures found on the soil of the Western world. You’ll be blown away by the outstanding graphics of the video slot game and the gripping graphics will make you feel like you have been transported back to ancient Scandinavia where you can plunder and explore until your heart’s content. Click to discover more games.

Vikings is a video slots game with 5-7 reels and over 78,000 ways to win! With all those ways to win you may not been to raid and plunder after all. However, just in case, there is a Raid Spin feature to take advantage of in Vikings, which will grant you 7 Raid Spins on a reel as well as the over 78,000 ways to win reel. You will also have three hotspots on the reels, which means that the Vikings symbols will change into the Scatter symbol which pays out even bigger wins. On the raid feature, you could win anything up to a whopping 10,000 x your stake on each and every Raid Spin.

As well as the usual suspects on the reels, the Ace, King, Queen Jack and 10 symbols, you will also meet a whole host of Viking related symbols that are higher paying, helping you on your journey to riches. The symbols include a Shield, a Vikings ‘V’ as well as all your favourite Vikings, Floki, Lagertha, Bjorn and last but not least Ragnar himself. The Vikings V is the one to watch out for on the reels as this is the highest paying by giving you with 7 x your stake. 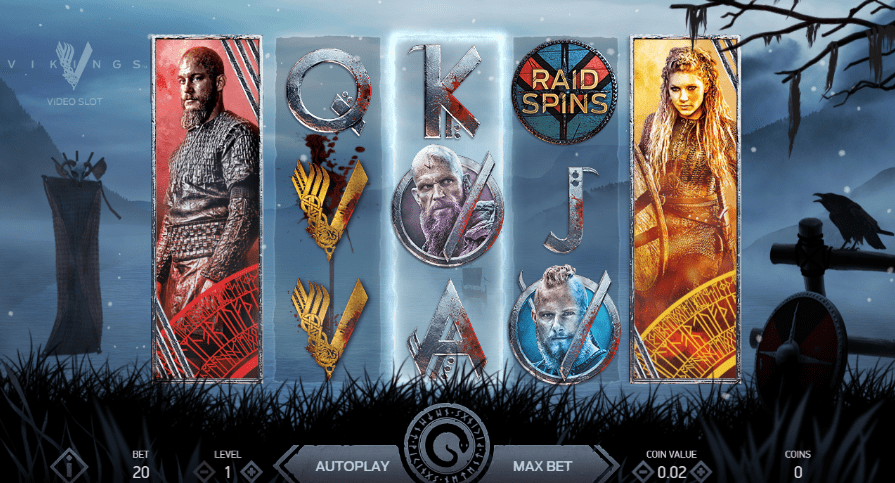 NetEnt is the ingenious developer behind this graphically impressive video slot game. NetEnt are well known for delivering second to none graphics matched by the games’ entertaining game features and interesting narrative and themes. Self-professed Pioneers of the gaming industry, NetEnt have been in the industry for over two decades and in such a time have amassed an enviable portfolio of casino slot games. If you loved the life of a seafaring Scandinavian Viking and are after more action-packed adventures, why not try some of NetEnt’s other enticing slot games: 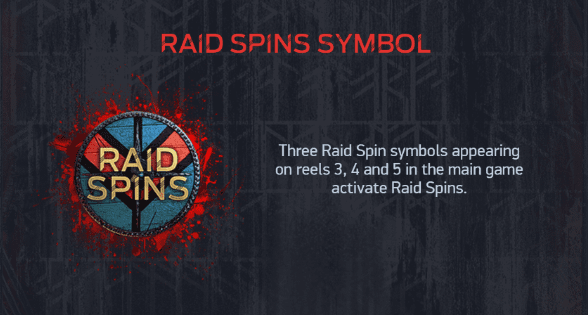 Vikings is an extremely entertaining and many voices the opinion that it is one of NetEnt’s best video slot games, made better by its lucrative features and impeccable graphics. The potential to win big on this slot game is enough to excite anyone and the bonus features throughout the game keep you enticed in the gameplay and help you to realise the huge winning potential. You won’t need to pray to Odin King of the Norse Gods for riches beyond your wildest dreams, all you need to do is put your faith in your fellow Viking explorers and they will help you on your journey. Need more vikings? Try Viking Gods.