Are you ready to leave all human life behind and head off on a galactic journey across the vast universe, with no knowledge of whether or not you will return from your quest? Nope? Us neither! Luckily, the journey through space and time has been simplified by this online slot game from Quickspin, so you can leave the space travel to the astronauts.

This cosmic quest features galaxies and burning stars, with a trippy backdrop of beautiful colours and the twinkling cosmos, and it almost relaxes you until you start spinning and the back drop zooms off through a worm hole. Hold on to your seat folks, you are in for a wild ride right here at Mega Reel free spins casino.

Launching in 2012, Quickspin is one of the younger companies making free slots games, but don’t be too quick to dismiss them, as the founders collectively have a huge wealth of experience that they bring to the table.

The CEO Daniel Lindberg, was a director of Sales and Product Management at the prestigious NetEnt, and one of the other founders also did a stint with NetEnt while the third worked for Unibet, so these three are not to be underestimated.

Despite their late entry into the industry they have already been produced some high-quality and sought-after titles. 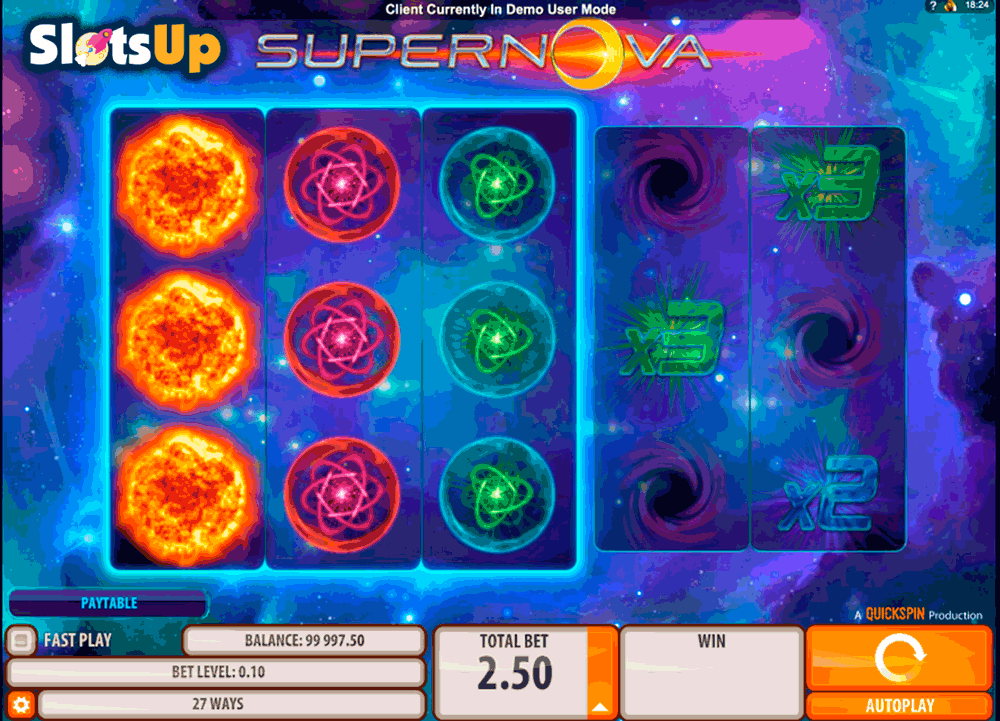 When a massive star reaches the last stage of its life, and it finally explodes, the giant stellar explosion is known as a Supernova. What results is what appears to be a new star in its place, but it is in fact the remnants of the exploded star and it will slowly fade away from sight after a few months.

Over the last 1000 years, human beings have only been fortunate enough to experience three naked-eye, Supernova events in our galaxy. The most recent was the Kepler Supernova back in 1604.

If you are keen to witness a Supernova explosion of cash, let’s get to grips with this mobile casino game and its rules;

THE WILD SYMBOL: The wild symbol in this online slot game is represented by WILD. It will substitute all symbols except the multiplier symbol.

They include 2x, 3x, 5x and 10x multipliers. All wins are subject to the combined multiplier so if you managed to hit the 10x and the 10x multipliers your pay-out would be x100. When you land on a wormhole, this feature will come to an end. Play now! 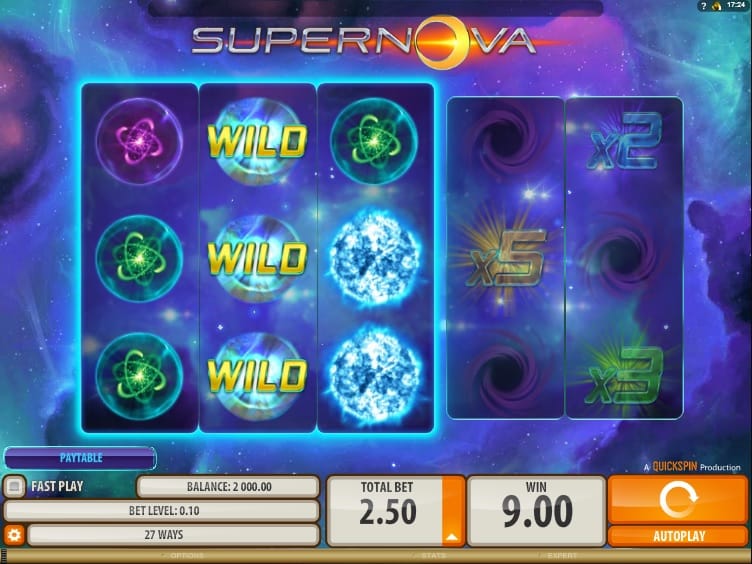 This galactic space adventure of an online slot is fun and the graphics are very cool. The multiplier feature keeps the game exciting and it would be easy to get lost in this game all day. Or you may like Super Hot Fruits slot!