The Shaolin Spin slot by iSoftBet is a 5 reel, 243 ways to win slot. The slot encompasses several aspects of the Far East. Game symbols include ancient buildings, doves, dragons, Martial Arts and the yin and yang symbols. Features include expanding wilds, a free spins round and a jackpot or two. Stakes start from 25p to £12.50 per spin at Mega Reel free daily spins casino.

iSoftbet is a London based iGaming company. So far the company has more than 400 game titles in its catalogue with a lot of certified licenses across various regulated jurisdictions. The iSoftbet history isn’t so clear with news of their release first appearing in 2010 when the Alderney license listed them as ISB. Their freeslotgames span across social casino, online slots and more. 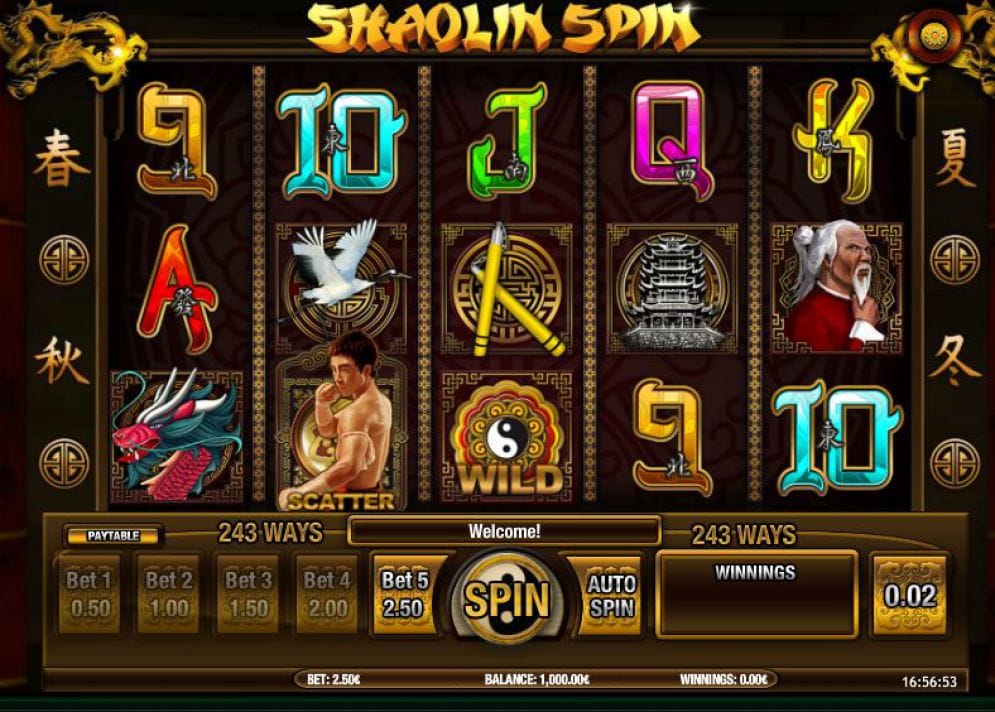 Shaolin Spin mobile slots visuals mostly aspects of Chinese flavor. The reels are set against a backdrop with black and red temple style. Symbols include; the classic set of A to 9 playing cards, a colourful dragon, nunchucks, a white heron, old master and a Shaolin temple. The dragon pays the highest among the normal symbols. If you land 5 dragons in a winning combo, you win 20x your total bet.

• Wild symbol - The wild symbol is represented by black and white yin and yang symbol. They appear on the middle reels 3, 4 and 5 and can replace all the other symbols except the scatter. When the wild lands, it expands as cross shaped and adds up to 4 extra wilds on the reels.

• Scatter symbol - The scatter is represented by a Kung Fu warrior. If you land 3, 4 or 5 scatters anywhere on the reels, you win 4x, 6x or 10x your total bet respectively. You can also activate Free Spins and receive 10, 15 or up to 20 free spins. All wins during free spins are boosted by a triple multiplier. 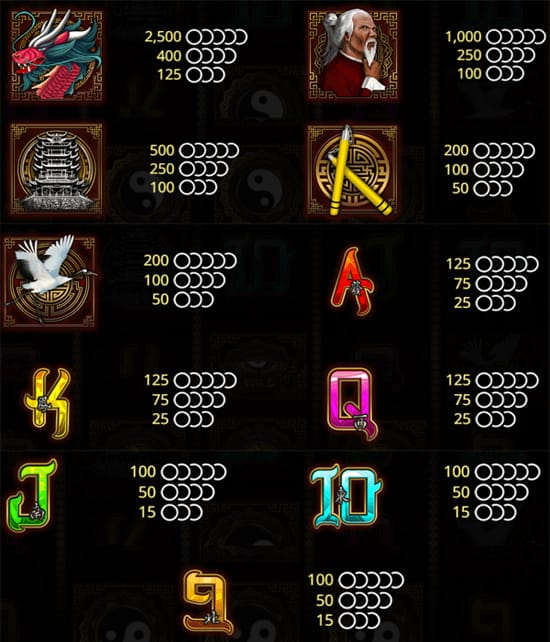 The slot doesn’t have so many features, but the ones here are pretty decent. The standard wild and free spins round are going to get you hooked and you might not even notice the lack of other features. The triple multiplier in the bonus round will get those free spins pumped up.

The martial arts theme is a popular one with the best casino slot games developers, but iSoftBet has delivered something fresh in Shaolin Spin – its combination of sleek visuals and volatile features makes it a playable and entertaining slot for martial arts lovers and armchair warriors alike.

I also recommend iSoftBet’s other martial arts themed title, Red Dragon Wild, which is even better. Check Shamans Dream slot if you liked this game!