Safari King by Pragmatic Play is a 5 reel, 50 payline slot with sticky wilds and free spins on offer. There’s a chance to win unlimited free spins.

This slot, much like most of our bonus spins slot games, is playable on all iOS and Android devices including smartphones and tablets. Stakes here start from 50p to £250 a spin. Play today at Mega Reel!

Safari King mobile slots gives you a sneak peek of what it would feel like to go on an  African savannah. Symbols on the reels include card values J, A, K, Q, 10 & 9, and animals you would typically see on a safari like cheetahs, gazelles, elephants, rhinos and zebras. The elephants are not only king in the Savannah, but also in this slot as they reward 20x your bet when 5 land on a payline.

The lion acts as the wild here and is able to substitute all other symbols on the reels except the Bonus symbol which is the scatter. The scatter lands on the 2nd, 3rd, 4th and 5th reels. The Bonus scatter is the most important symbol in the game. It lands on the odd-numbered reels 1, 3 and 5. When it lands on all of them at once, the free spins will be triggered. Join and play today! 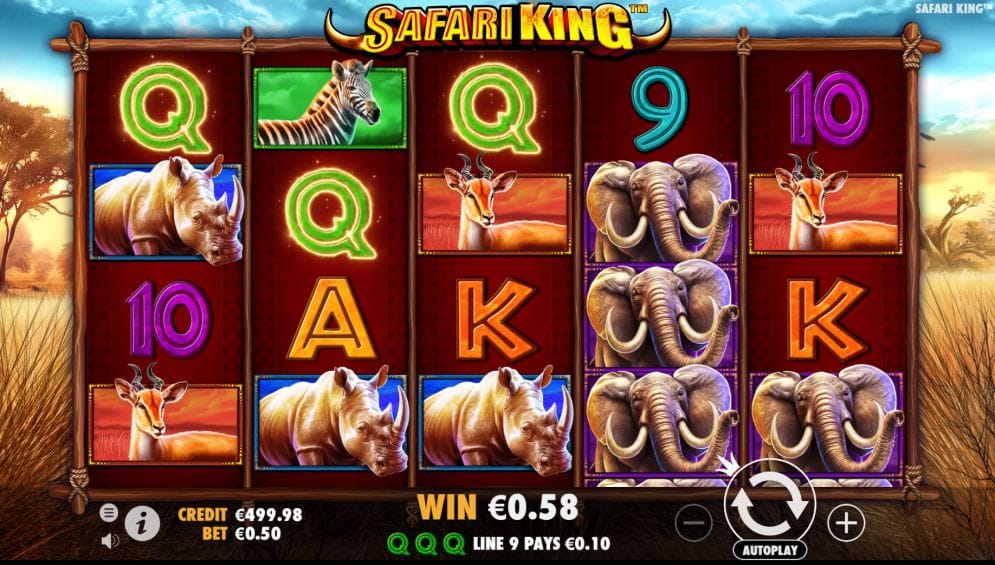 Pragmatic Play was established in August 2015. They are considered one of the fastest growing online casino game providers. The team consists of a team of over 100 highly-skilled professionals who develop each Pragmatic Play slot at the company headquarters in Malta.

The company has won several awards despite their recent entry into the industry. In 2017, they scooped the Software Rising Star award at the EGR B2B Awards, the Best HR Director of the Year award, the Best Digital Company of the Year award and the Best Gamified Experience Company award. The last 3 were at the Malta iGaming Excellence Awards ceremony.

It hasn't been all smooth sailing for the company. At the EGR Operator Awards, Pragmatic Play was nominated for Game of the Year for Hot Safari in 2016 and Queen of Gold in 2017. They missed out both times. Some of their slot games include: 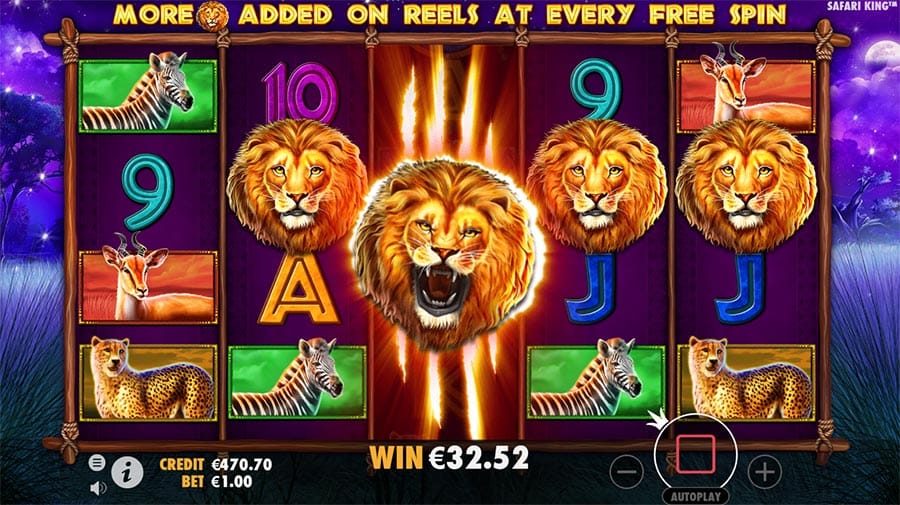 Safari King has some impressive looking visuals. This Pragmatic Play has a medium to high variance where wins go over 1,000x your bet on a single spin or free spin when the reels fill with elephants and wild symbols.

Pragmatic Play has some very good slots make sure you check out some of the ones we mentioned above. If you liked this game, you will also enjoy Champions of Rome slot!