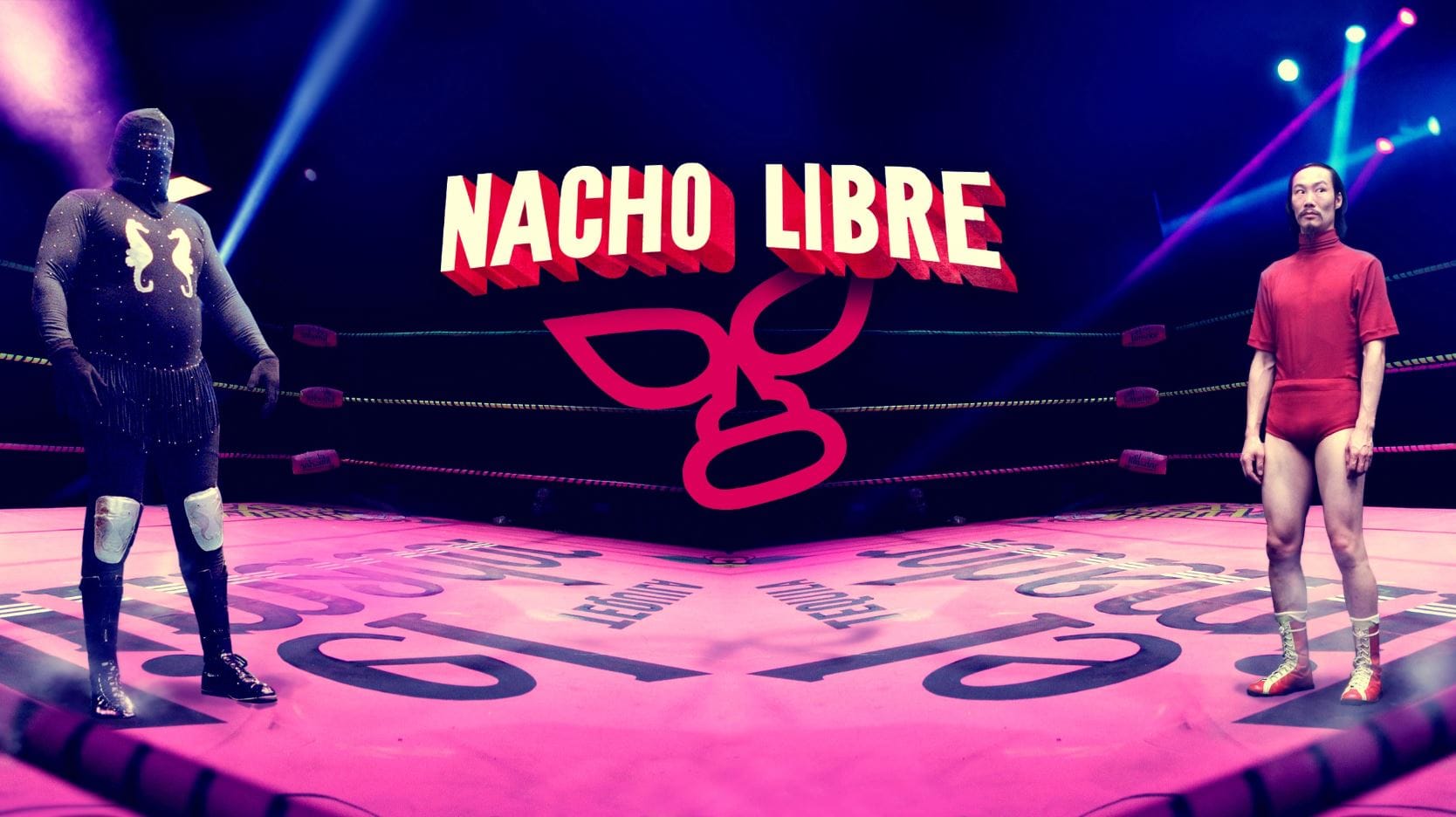 Based on the underrated Jack Black film of the same name, Nacho Libre is a fun and silly online freeslots based in the world of Mexican wrestling.

Right from the off, you see a background highlighting the comic leanings: on one side of the Gameboard is a hulking black-clad beast of a man in an executioner͛s mask.

His opponent? A stick-thin Asian man in red underwear and shirt, glancing offscreen as if to say, ͚How did I get into this mess?!͛ If you͛re a fan of comedy, wrestling, online slots or any combination of the 3, then enter the ring and go a few rounds with Nacho Libre.

iSoftbet specialise in digital entertainment, providing quality slots online as well as other types of mobile casino games. Their games have a stripped back simplicity that could lead to them becoming repetitive.

As a result, their games live and die by the quality of their design. To this effect, iSoftbet have plenty of licensed content as well as a diverse range of self-created themes and styles to set them apart from the pack.

Everything from disco slots to magical forests and the more traditional fruit slots of physical units can be found among their library. Check more free casino games here!

You͛ll notice after a few spins of the reels that Nacho Libre online slots has a rather unique aspect. Many of its standard symbols are stacked by default, taking up the full height of the reel they appear in. It͛s an interesting decision that has a value in emphasising the size of stature of the wrestlers; well, except Esqueleto, but more on him in a moment.

There are 5 low-value symbols, the standard playing card symbols of 10, J, Q, K and A, each adorned with a wrestler. The high-value symbols are the aforementioned reel-high wrestlers: Ramses, Sage, Rosales, Dynasty and the weedy, maskless Esqueleto.

WILDS are an image of a boxing bell with a Mexican wrestling mask design imprinted on it while SCATTERS take the form of the Nacho Libre title logo.

When WILDS appear in any combo, they double the earnings. This applies across the board, whether in the normal game or free spin round.

3 or more SCATTERS trigger one of 2 free spin rounds and it͛s down to you to choose. You can choose 15 free spins where you get a STACKED WILD (if it forms a winning combination) or 10 free spins where WILDS remain normal but any winning bet lines pay triple.

A Jackpot of 500 credits is paid out when all 5 high-value wrestler characters are displayed in any order. 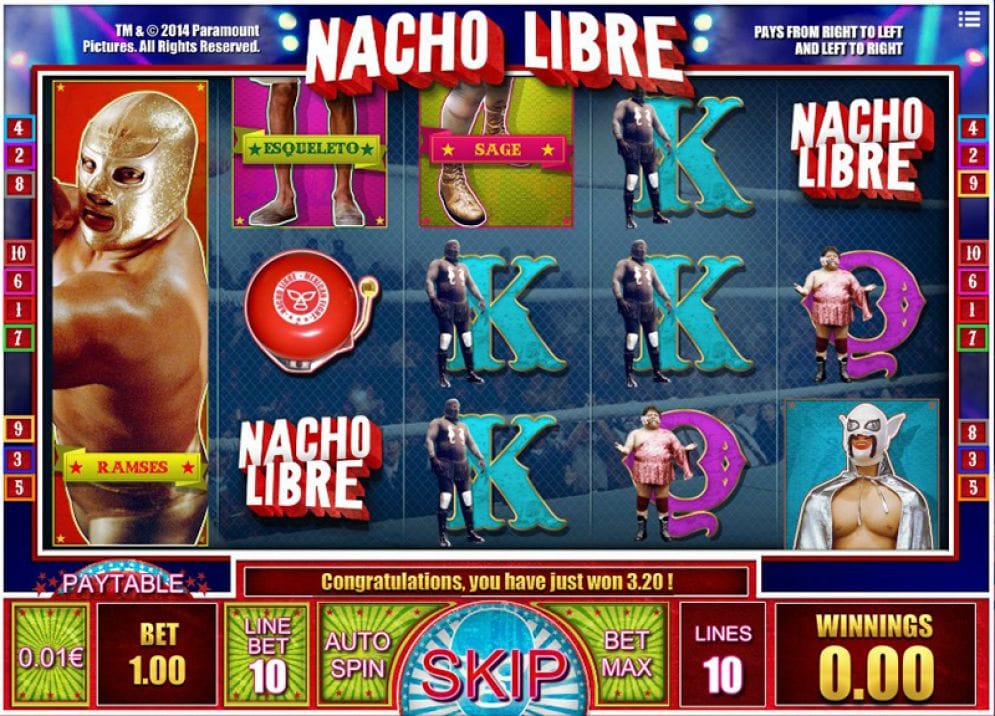 With only 10 pay lines and a jackpot of 500 credits, Nacho Libre isn͛t the most bounteous of online slots games. Nevertheless, it is a fun play, its license providing a visual flair and sense of silliness not seen in many casino games.

One good thing is that bet lines don͛t just pay from left to right like many slots online but right to left as well.