If you’re looking for a free slot spins game that’ll take you to the wild plains of an African safari look no further than Great Rhino Megaways at Mega Reel. This volatile slot by Pragmatic Play features a crisp design with six reels, and a number of Megaways which can reach as much as up to 200,704.

Great Rhino Megaways free slot game is one of the few - if not only - slots at Mega Reel which is played with the tumbling reels game mechanic, a real highlight of the game. Other highlights with Great Rhino Megaways include an epic bonus round where players can choose from a range of free spin and multiplier combinations. The multiplier increases with every tumble during the free spins too!

Pragmatic Play have a huge portfolio which showcases their wide variety of slots pay by mobile phone and innovative casino games, which primarily serves the mobile focused market. Pragmatic Play are among the leading content providers in the gaming industry and strive to deliver a fresh take on slots, and deliver they certainly do.

As Pragmatic Play offers such a diverse range of games, you’ll find plenty of them to choose from at Mega Reel which includes bingo games and slots, as well as roulette options. Setting the content standard for the biz, they offer even more great slots to play in addition to Great Rhino Megaways slot and the Great Rhino slot, and why not give the Raging Rhino slot a try too! 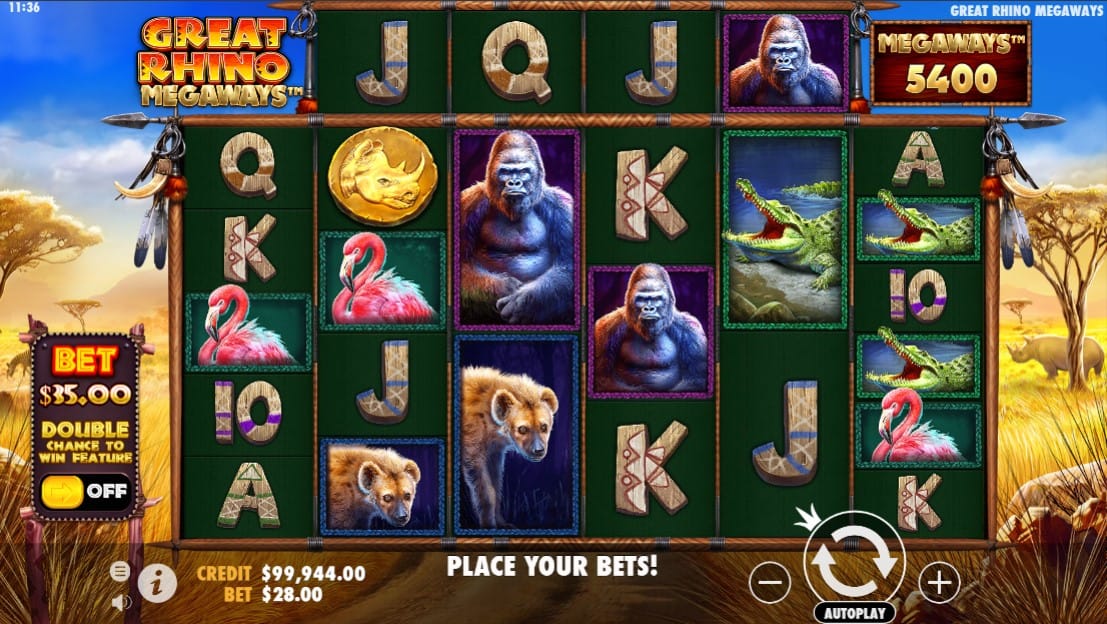 Of the symbols you can expect to find with Great Rhino Megaways online slot, look out for gold rhino coins, great rhino wilds, leopards, gorillas, crocodiles, hyenas and flamingo birds. These symbols all make up the more high-values on the reels, meanwhile the lower symbols are in the form of the usual with slots: royal suit of cards.

In terms of gameplay, it’s riveting and racy with a system that’s similar to those usually found in other Megaways slots. The first and sixth reels have two to seven symbols which are chosen randomly. The maximum potential for the game is to have 200,704 Megaways. An epic feat as most other of these slots have up to 117,649.

This is one of the few, if not only slots, at Mega Reel whereby a tumble mechanic starts up every time a win forms which removes symbols and replaces them. The free spins occur thanks to the scatter symbols and start with 15 spins with a 1x multiplier, ending with five spins with a 10x multiplier. 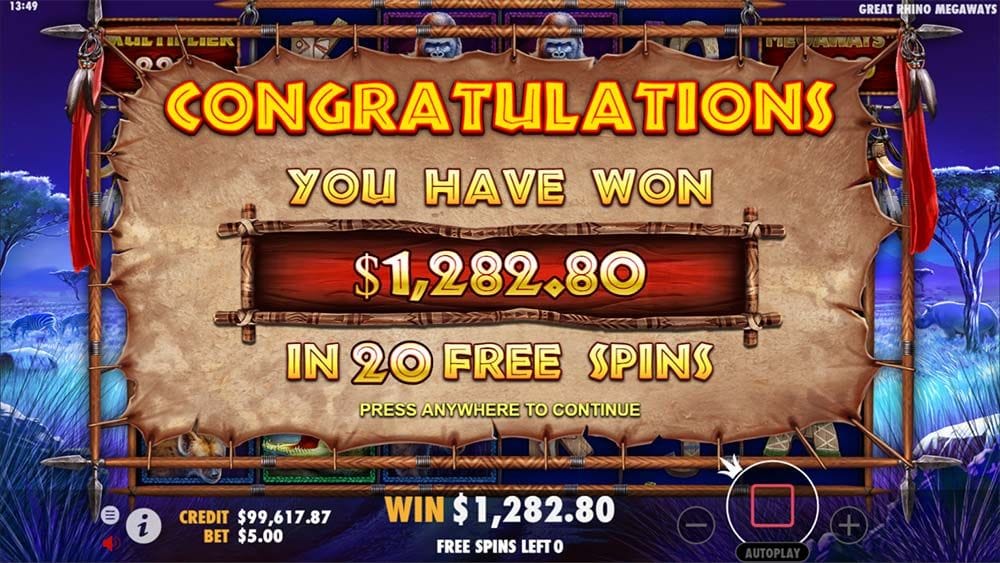 There are many bonus features and free spins in Great Rhino Megaways at Mega Reel - some of which are staples of slots which have the Megaways mechanic in play. Look out for tumbling reels and free spins with expanding multipliers to name a couple, but fret not, the action doesn’t end there. In fact it’s barely even started.

One of the only slots at Mega Reel to utilise this feature, find the tumble feature which applies in Great Rhino Megaways after a winning combination is formed. Successful symbols are removed and new symbols will then drop into their place, so replace them. The pay out calculation then follows and the tumbles continue as long as you bag a win!

In addition, there’s then a free spins feature which is triggered by landing three or more Great Rhino coin scatters on the reels on the same spin. Players then get the chance to pick from a number of free spins and multiplier combinations - up to five free spins with a 10x starting multiplier for instance. There’s also an unlimited win multiplier feature. 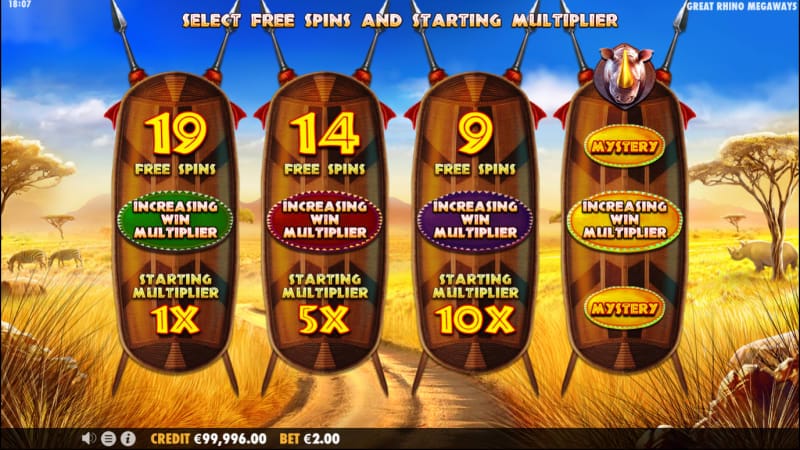 This is a fantastic online slot game, and the standard bet here will set you back about 20 coins, but this can all be increased. The minimum you can stake is 25p while the maximum is £125. The more you bet, the more scatters you can get and the more you can boost your chances of triggering free spins.

All in all, a fun slots offering where you can win big. But don’t just take our word for it - why not check out Great Rhino Megaways at Mega Reel for yourself today? Or try the Golden Cryptex slot?