Gems Gone Wild Power Reels by Red Gaming is one of the slot games offering daily free spins and is available at Mega Reel.  It is an 8x6 reel slot game with 30 pay lines on the grid.

Unlike most of the other free spins games, Gems Gone Wild Power Reels has winning combinations that start on any reel and not just on the 1st one. Some of the highlights of the free slots game are the giant 2x2 and 3x3 wild blocks and the random wilds that can lock in position for a decent payout.

Red Tiger Gaming is one of the newest casino software companies to enter the pay by phone bill slots gaming scene.

They have a diverse team of talents (often praised for their entertaining games) comprised of mathematicians, designers, developers, psychologists, account managers, engineers, creative directors, etc. Red Tiger Gaming even claim to have an in-house magician available 24/7. 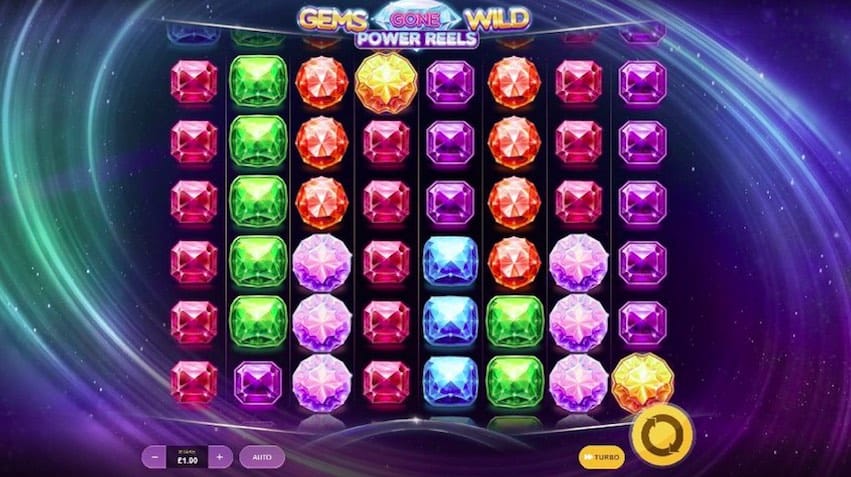 Gems Gone Wild Power Reels is an entertaining onlineslots game that offers free spins and can be played at Mega Reel. In this slot game, a player can secure a win if they land 3 symbols on adjacent reels in a pay line on reels 4, 5, and 6.

Actually, it is possible to create different winning combinations featuring different symbols within the same pay line. For example, if a player landed 4 red gemstones in a pay line on the 1st, 2nd, 3rd, and 4th reels and 4 green gems on the same pay line on the 5th, 6th, 7th, and 8th reels, he or she would create 2 separate 4-of-a-kind winners with each one of them paying out.

In Gems Gone Wild Power Reels, the bet levels range from between 10p and £20 per spin. The players use the + and – buttons in the bottom left-hand corner of the screen to adjust stake sizes up or down at will. There is also the auto spins feature that allows a player to set 20, 50, and 100 spins.

The loss limits are mandatory in this feature and you can therefore set win and feature stop limits as required. There’s also turbo mode available to players who want to ramp or fasten up the pace. The reels in this game are made up of 8 different gemstone symbols with the most rewarding of these being the amber jewel that awards 75x of the original stake.

If a player happens to land 8 across a pay line or better still is the wild they will receive an award of 100x their original stake. The Gems Gone Wild Power Reels volatility is in the medium range and the RTP is 95.68% which is a little on the low side compared to other similar slot games. The game has decent returns with the maximum payout standing at 3,000x the original stake. 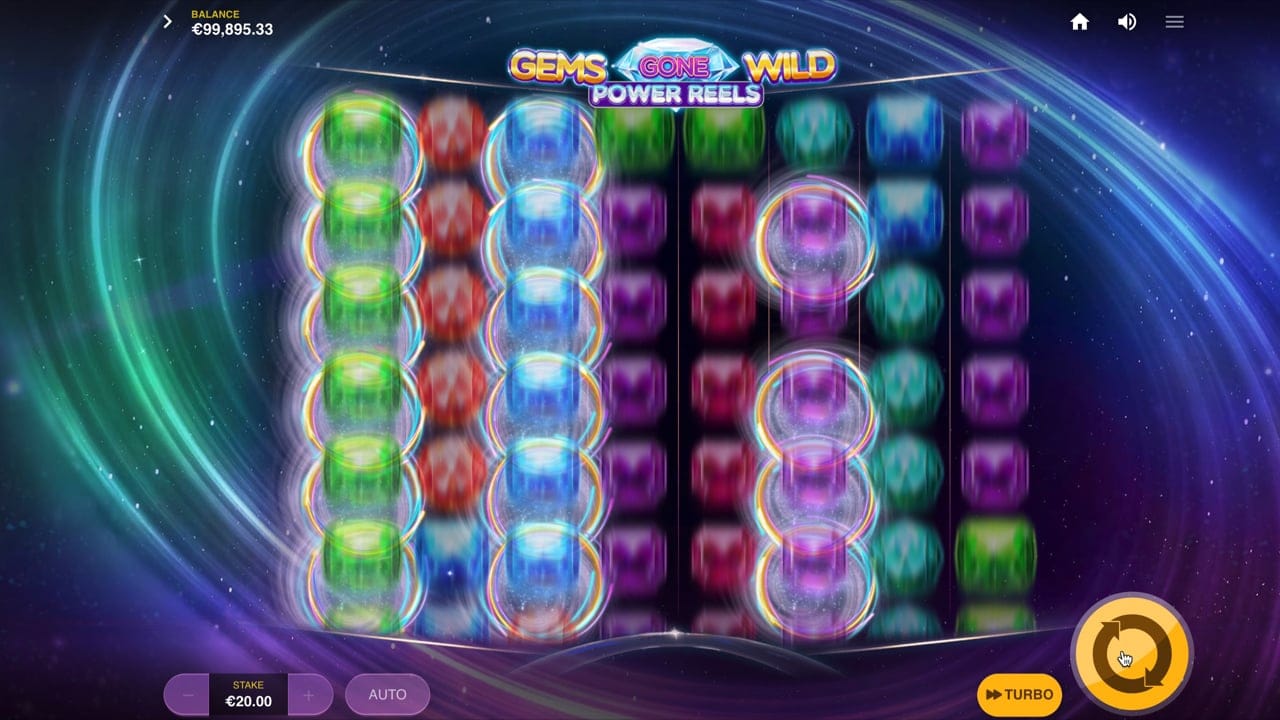 Gems Gone Wild Power Reels has amazing bonus features and is available at Mega Reel which is one of the leading free spins casinos. The bonus features include:- 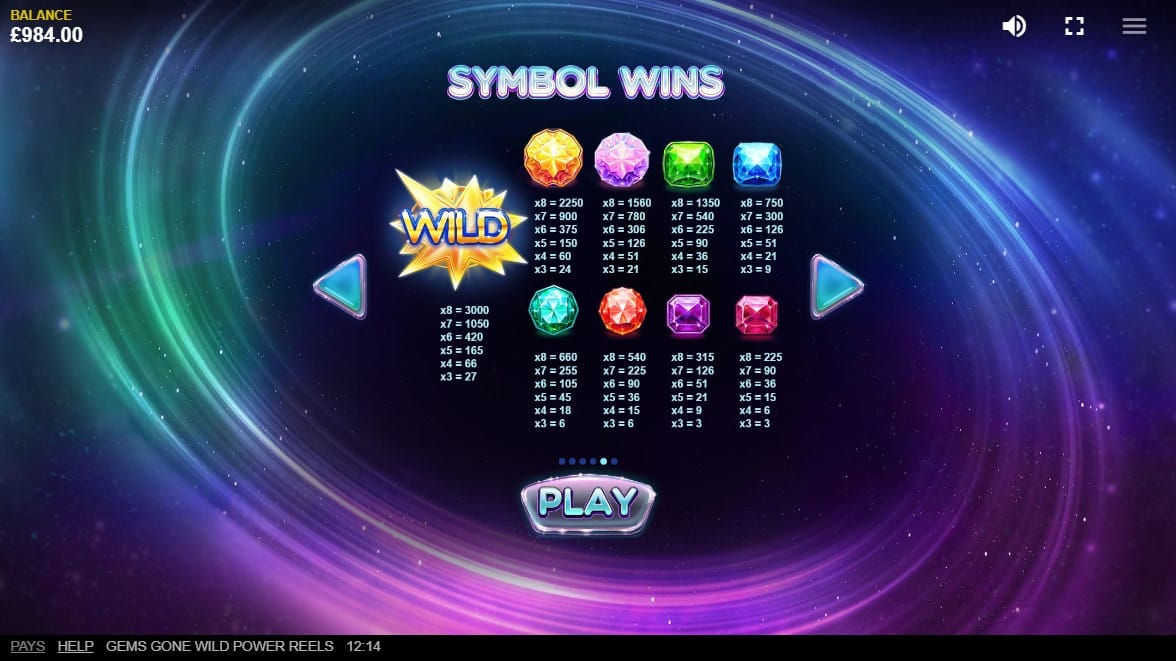 Gems Gone Wild Power Reels is an interesting free spins casino game that can be played at Mega Reel. The game’s combination of simple design and straightforward gameplay has really improved the game and it offers a very decent payout.

The game is also rather repetitive but the wild extras can make it worth your time. The bright, crisp visuals make it playable on smaller screens, making it suitable for mobile users. Fore more mobile slots, take a look at the Gem Zone Dynamic Ways slot.