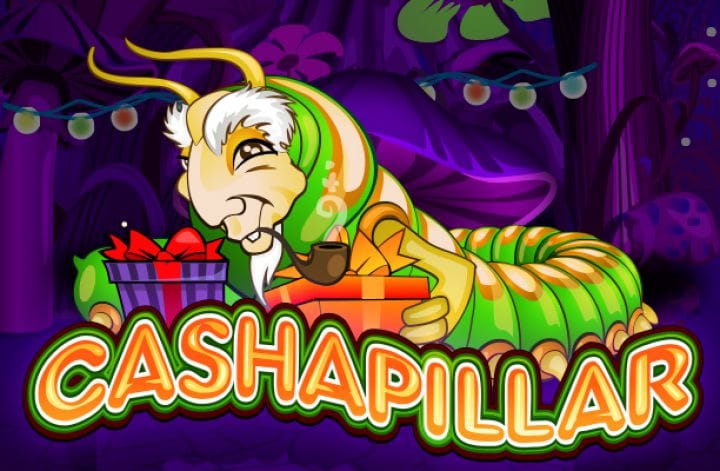 Caterpillars are known for having a ravenous appetite for green things. But while you might assume all caterpillars have a taste for something leafy, Cashapillar is more concerned with a green of another kind: money!

Load up this online slots game to get spinning in a lively fairytale world of anthropomorphic lepidopterans (try saying that five times at speed!) and a chance to win some big greens of an altogether juicier kind.

Also check out our other free slots.

Microgaming supply award-winning online slots and casino mobile slots worldwide. Working in the online sphere for almost a quarter century, Microgaming has used its pedigree to acquire plenty of licensed slots online as well as creating many of their own popular titles. 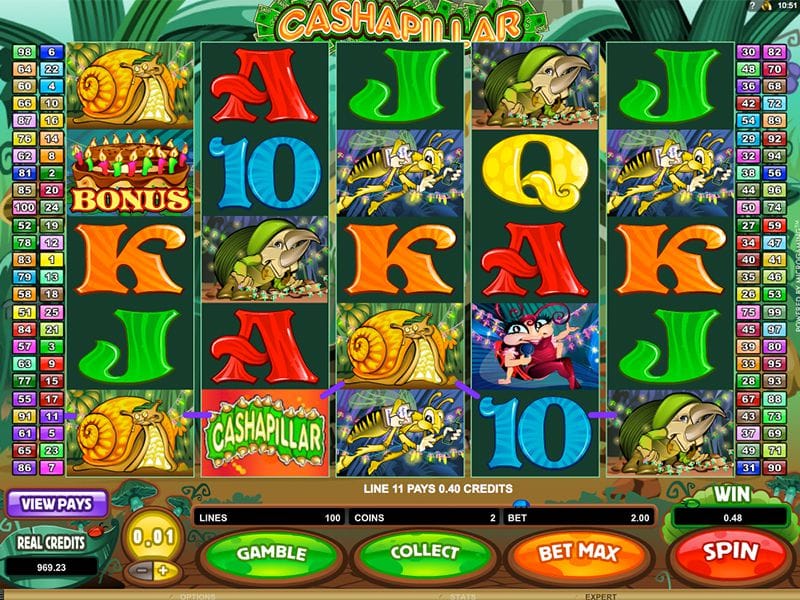 Musically, the soundtrack that plays while you spin the new online slots in Cashapillar is a jaunty little number. Underpinned by prominent bass and overlaid with woodwind, it creates a lilting, if ultimately grating, little earworm. The Gameboard is a classic 3-row, 5-reel setup and the paylines are numbered and listed on either side.

Speaking of which, Cashapillar boasts a frankly ridiculous 100 winning paylines so the chances of making a match are huge. For the biggest wins, you’ll want to match duplicates of the cast of colourful insect characters.

But first, there are the low value icons as in most free casino games: copying the high value cards of a standard deck, the low values take the form of a 10, J, Q, K and A, each gleaming in an individual colour and pattern.

The high value icons are the aforementioned insects, each with higher values when matching 3 or more of a kind. From lowest to highest value, these cartoon illustrations comprise a wasp, a horned beetle, a slimy snail, a ladybird and, of course, the caterpillar itself.

Like all online slots games, Cashapillar features WILDS; in this case, it is the title logo and can substitute any regular icon with a happy little wriggle. WILDS can be stacked and wins are doubled when they feature in a winning payline.

SCATTER icons are a party cake, and while 2 or more anywhere on the Gameboard will give you a handful of points, 3 or more will grant you 15 free spins. A bouncy horn section plays during the free spin round which harkens back to 30s jazz and swing and is far more agreeable than the main theme, if only because it appears less frequently!

Cashapillar proudly displays its generosity in the ‘View Pays’ screen, boasting a win of up to 2 million coins when betting max. In a free spin rounds, the ultimate win trebles to 6 million coins! 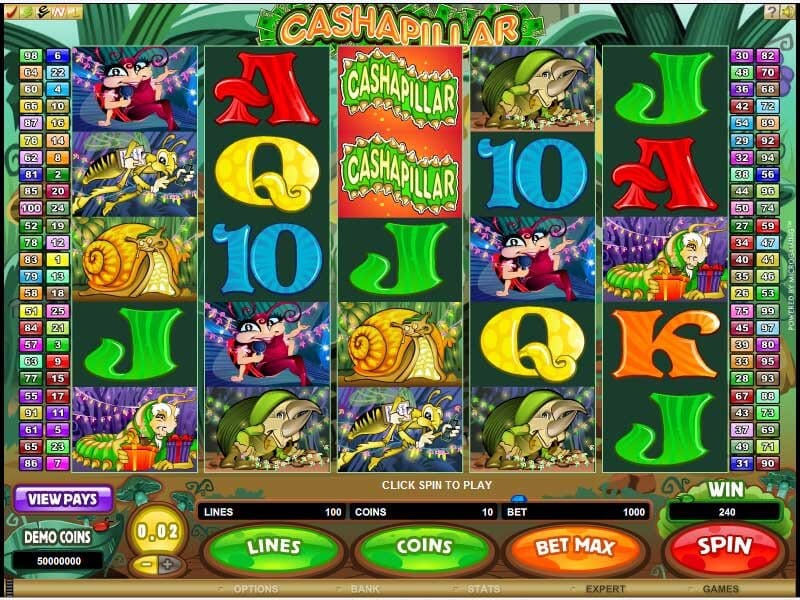 Cashapillar is a solid but unremarkable casino game, doing little to separate itself from the wealth of slots online. One small gripe is that free spins are automated. With 100 winning paylines, if you win big, the game can take its time showing you every winning line without the ability to skip to the next spin.

Overall, a few spins will be all you need and the chances of this online slots game worming its way into regular rotation seems slim. If you enjoyed this game why not also try Cash of Kingdoms slot.