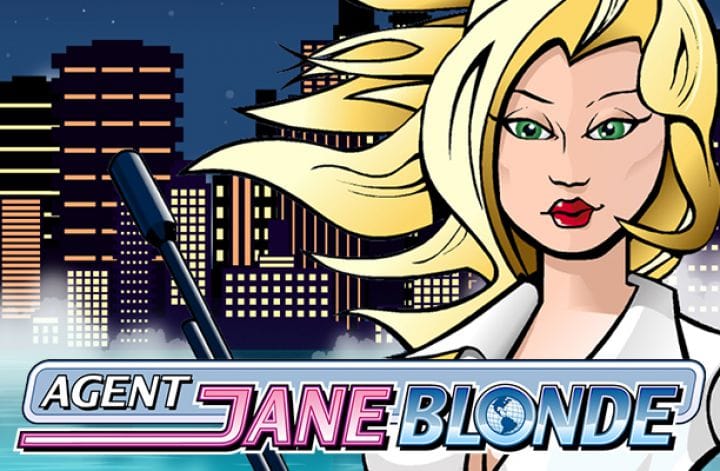 Agent Jane Blonde is Microgaming’s female version of James Bond except that she’s fiercer and a better super spy. This spy-themed slot features comic style graphics which immerse players into the world of espionage.

Here we join the super-beautiful Jane as she traverses the world and takes up some of the most dangerous missions. Agent Jane Blonde is a 5 reel 9 payline slot with exciting payouts. Play free slots online at Mega Reel today.

Microgaming is known for producing some of the best table games like baccarat, blackjack, sic bo, and more. They usually focus mostly on unique graphics, high-rewarding games. They have a catalogue of almost 600 slot games, both land and internet based. Microgaming slots can also be found in over 120 internet casinos. Their software is used by most popular poker rooms out there. This is said to be one of the reasons they’re able to offer big progressive jackpots.

Examples of well-known Microgaming slots include; Mega Moolah, Major Millions and Lotsaloot. Their list also consists of popular Franchises like Lord of the Rings and Batman. 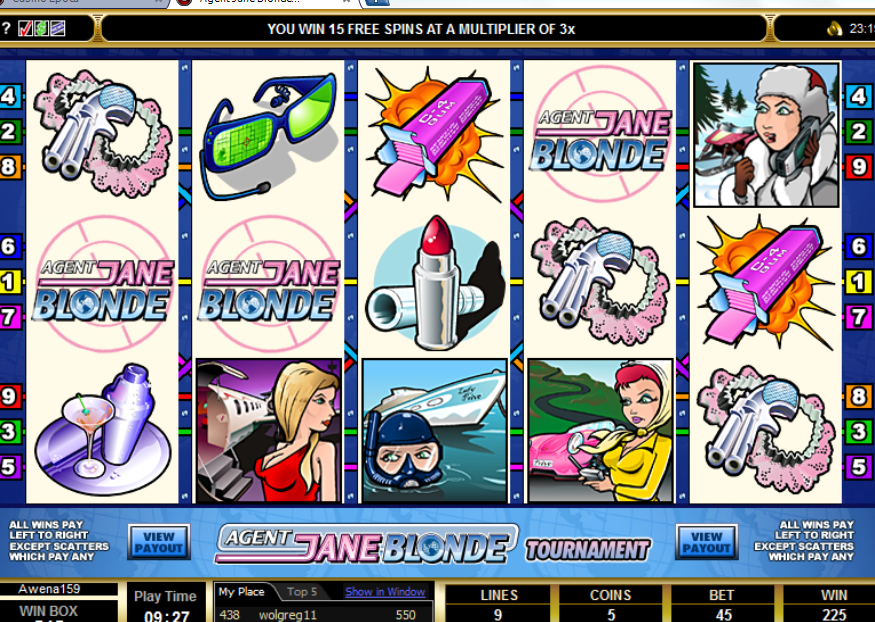 ·Wild symbol- Agent Jane Blonde is the wild symbol. She can replace all the other icons on the reels except the Logo scatter. Any win formed using Jane will be doubled. If you land 5 Jane Blondes on an active line, you win a payout of 10,000 coins. However, keep in mind that the value of your bet affects the size of the payout.

·Free Spins- If you land just 3 Agent Jane Blonde Logos, the free spins will activate. 3 logos get you 15 spins. All payouts earned during free spins are tripled and an extra 15 free spins are won when you 3 or more Logo scatters land again. Scatter wins are multiplied by the amount of credits bet per line and free spins are awarded on top of that.

At Mega Reel you can play mobile casino if that is more up your alley. 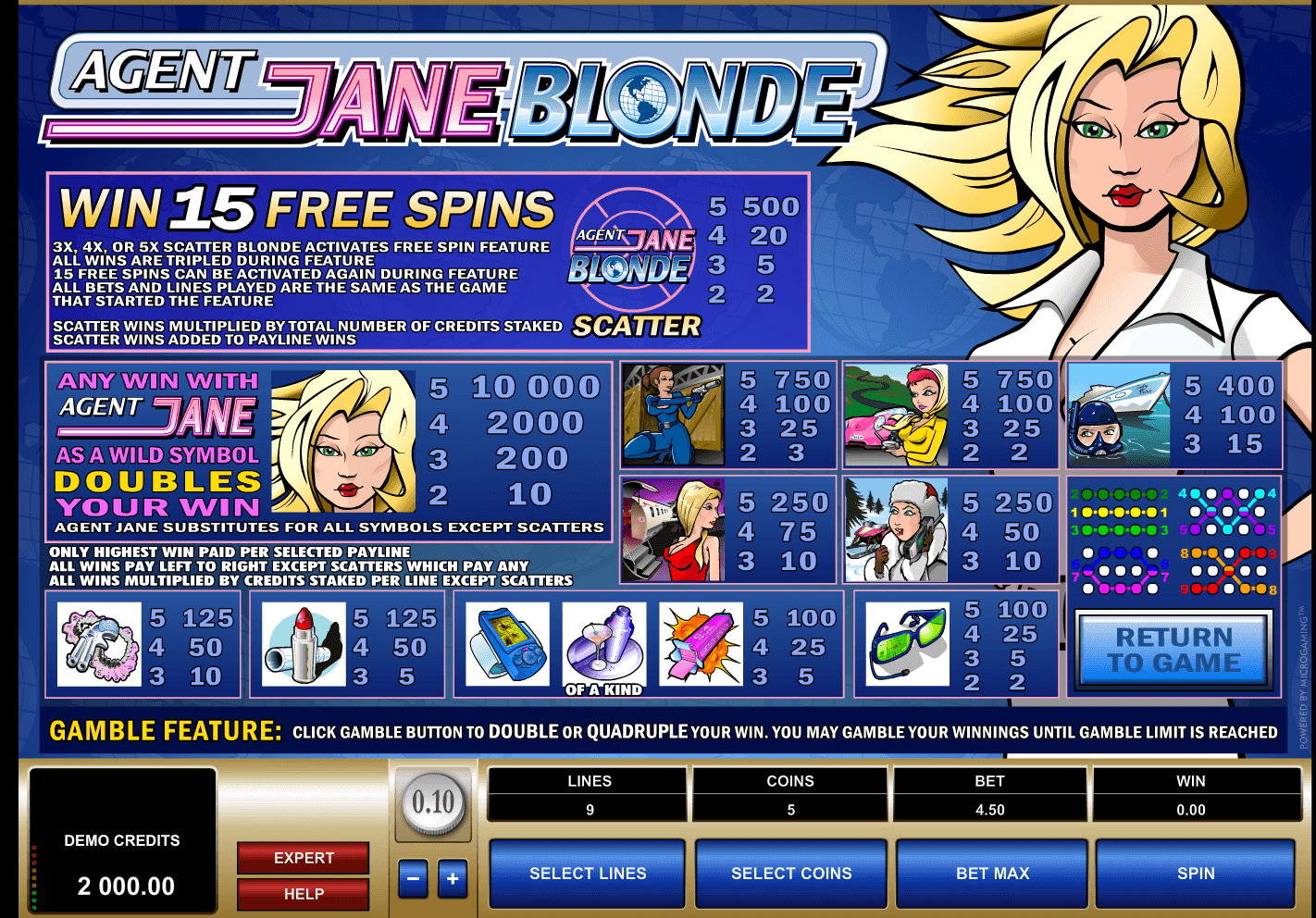 Agent Jane Blonde doesn’t have as many features as most punters would hope. A little more bonuses would have made this slot one hell of a mission. However, it does deliver decent wins mostly during the Free Spins feature.

Its variance sits on the lower side offering several small, but regular wins. You can play the game if you’re on a budget or if you’re a casual gambler looking for a fun worthwhile slot. If you enjoyed why not also try Age of Spartans Spin 16 Slot.