Africa Goes Wild online slots by Leander Games is a safari-themed slot with 5 reels and 1,024 ways to win. The slot includes free spins, wild symbols, multiplier wilds, special features like the Animals Go Wild feature and more. During this feature, the animal symbols transform into wilds.

The free spins round with multiplier wilds results in double payouts. Stakes start from 40p to £20 per spin on desktop and mobile on both iOS and Android. Play now with free daily spins here at Mega Reel.

Have you been itching to go on safari? Well, this theme might just appeal to you. It consists of a lush African grassland savannah that serves as the backdrop for the action here. There are various elements picked from a true safari such as mountains, dwellings, animals and trees in the background too.

The reels are set inside a pair of carved totems. On there you will find A to 9 card values along cattle, leopards, rhinos and elephants. The best paying symbol is the lion which rewards up to 7.5x your bet if you can land 2 to 5 of them on adjacent reels. The mobile slots game includes 2 special extras. 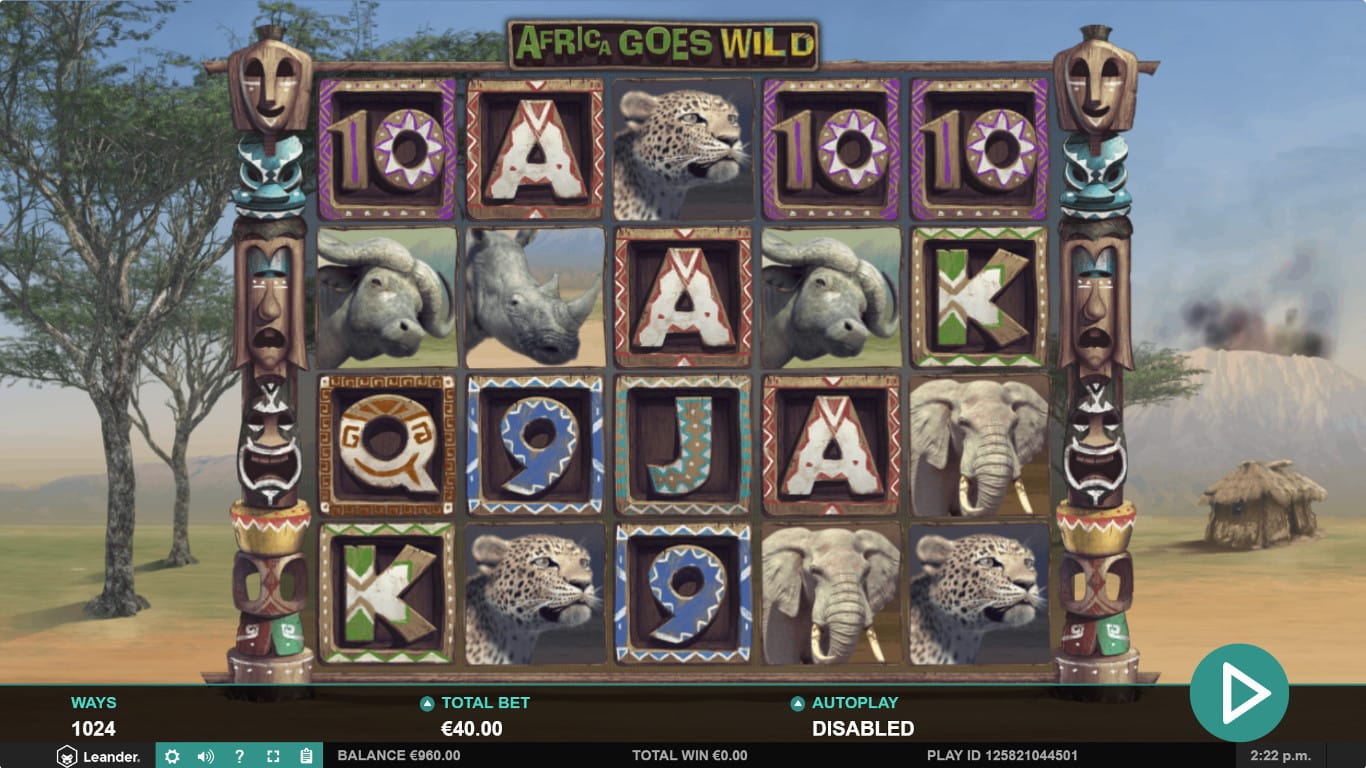 Leander Games was established in 2008. The company has a wide range of polished slots and freeslotgames that feature several different and unique themes. Their main headquarters are in Buenos Aries, Argentina and they have already established business relationships with a lot of major casinos and development teams in the industry. Their slots include; 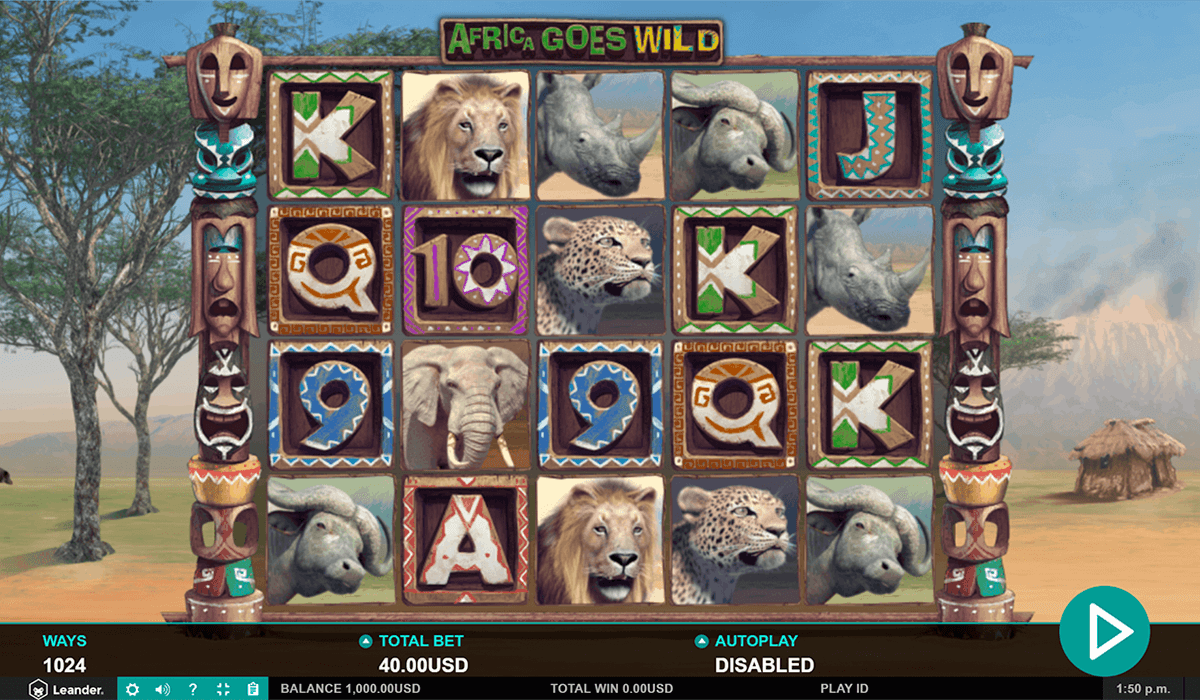 Africa Goes Wild is an enjoyable classic safari-themed slot. The game's visuals are well done, the gentle soundtrack matches the theme perfectly and the gameplay is solid. If you can hit those animal wilds frequently during the main game, you’ll rack up some decent wins fast.

It gets way better in the free spins round where you can also win from the multipliers and other specials. Africa Goes Wild is highly entertaining and playable. Head to Mega Reel to play slots like this and 5 Ninjas slot!