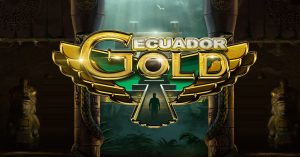 It is common for most online slots to feature five reels. This is the most fundamental result for the evenest spread of pay-out rates. Therefore, players aren’t disheartened if they play for a while with little success.

However, online slots in the digital space can change up the gameplay in a way that physical slots never could. As a result, the developers can cater to any type of play. One way they can achieve this is by implementing six reel slots.

What are 6 Reel Slots?

A six reel slot is precisely what the title suggests. The slot game is made up of six reels instead of the traditional five.

It is simple maths-more reels equals more ways to win. So, what does this mean?

Features of a Six Reel Slot

Six-reel slots free games have become a genre all on their own. This means they come with their own unique features, which you can find listed below. The most common elements in a six-reel slot include:

There are many six-reel slots that you should try to get a feel for how they play. These include:

Raging Rhino is a safari-themed slot from WMS that takes place on a 6x4 grid. As expected, the slot has medium variance and an RTP rate of 95.9%. This percentage suggests that players are likely to encounter a house edge of 4.1%.

You can play Raging Rhino with a stake set between 40p and £60 per spin, but most players will recognise the 4,096 ways to win. This number is perfect for a six-reel slot. Raging Rhino does not have much in the way of bonus features, but there is a free spin round and a max jackpot of £60,000 up for grabs.

This colourful slot is brought to us by Pragmatic Play and again features six reels. However, the grid is now a 6x5 shape, and the RTP rate is 96.48% which suggests that players will receive £96.48 after every £100 deposit.

Sweet Bonanza is the perfect example of a six-reel slot doing things differently. The players task is to spin the reels and match up clusters instead of pay lines. A winning cluster must include eight or more identical sweet-themed symbols in a group. These winning symbols will disappear as part of the cascade feature, allowing new symbols to drop into their place to create new wins.

Don’t let the sugary sweet design fool you. Bets start from 20p per spin, and the max in Sweet Bonanza is £2,117,500. However, with high variance, significant wins are not to be expected.

The spooky Blood Eternal slot from Betsoft is smaller than your average six-reel slot game. It takes place on a 6x3 grid, and players can line up three, four, five or six identical symbols across a pay line to win a prize. The most unique symbol in this six-reel slot is the bat, which appears as a single symbol or doubled. Double bats count as landing two symbols on a single reel, optimising the six-reel layout for maximum win potential.

Blood Eternal has a medium variance, which means high-value symbols can land as frequently as low-value ones, and there are only thirty bet ways. It seems as if Blood Eternal ignores all of the trends of a six reel slot online; however, this just adds to the diversity found in these types of games.

Buffalo Blitz might just be the best showcase of the benefits of a six reels slot. This 6x4 game includes 4,096 ways to win. The aggressive buffalo is the most lucrative symbol, worth 300x the stake for landing six across a pay line. With the max bet of £80, players can win up to £24,000 in the main game.

This buffalo symbol can also stack as part of the Buffalo Blitz bonus features, and lucky players can win one hundred free spins. Unfortunately, this number of free spins is only achievable by landing six scatters.

The variance is high, as expected, and the RTP rate is just under the current average for online slots at 95.96%.

It is impossible to eradicate germs from your life completely. They even make up the symbols in the 6x6 slot game, Germinator from MicroGaming. This slot was released in 2011, so we can forgive it for not adhering to all the rules of a six-reel game.

What’s more, its dated status makes Germinator a smaller online slot than one has come to expect. For example, the betting range is only fixed between 60p and £24 per spin, and the max jackpot is £120.

There are only twelve bet ways, far below the average for a six-reel slot, and there is medium variance. However, this slot does take advantage of the cascade bonus feature to keep wins going, and players can trigger a cascade by triggering the Medi-Bonus to choose the largest avalanche possible.

It isn’t perfect, but the Germinator slot game is excellent to analyse to find out the origins of six-reel slots online.

The Dr Toonz slot from Play N Go is similar in appearance to the Germinator slot game but benefits from being released in the current year. As such, the stats line up more with today’s trends.

Players can bet anywhere between 20p and £100 per spin, and there is high variance. The RTP rate is lower than the current average at 94.25%, suggesting that the player should be more careful with their bets in Dr Toonz. However, this is not as volatile as most six-reel slots.

The 6x4 slot is chocked full of bonus content, with cascading reels and free spins taking centre stage in the extra features. Players are also treated to randomly distributed wilds and a symbol swap feature.

Dr Toonz has some of the best graphics to date, and its design is helped greatly by the zany soundtrack. As six-reel slots go, Dr Toonz is the polar opposite of Germinator, with the max win reaching £2,200,000. This slot doesn’t do anything by halves.

Although these games are some of the best six reel slots to play online, we have yet to explain an entire genre of six reel slots.

The Megaways engine were first developed by Blueprint Games and added a random reel modifier to the game.

These slots are famous for including thousands of ways to win and almost exclusive feature six reels. In addition, the random reel modifier changes the number of symbols on every reel during a spin. Plus, partially landed symbols can drop to count as another win. All of this adds up to a staggering variety in the way symbols can land. Therefore, six-reel Megaways slots feature the most ways to win out of any online slot type.

These slots often come with a high variance and the same types of bonus features as regular six reel slots. The best six-reel Megaways slots to play online include:

The six-reel slot is advantageous for some players; however, this does not mean that they are perfect.

The main issue that more experienced players find is the high variance. This variance level means that players often encounter small wins, making it difficult to win anything substantial from a six-reel slot. Therefore, players rarely win much more than their initial deposit amount. Of course, this factor is ideal for more casual slot players.

Another flaw that players can encounter is the lack of variety in bonus features. If you look at the slots described above, many of them share the same type of bonus feature. These bonuses aren’t inherently bad but can become stale if they are the only ones you encounter.

One way to find out whether you will enjoy playing a six-reel slot is by playing a demo slot. Demo slots are free versions of online slots that accept virtual coins instead of real money deposits. These demo slots do not pay out real money wins but can act as the perfect tool to sample six-reel slots for the first time.

There are many online casino platforms that host a variety of slot games. We suggest registering to Mega Reel for all of your six reel slots. The site features over six hundred slots, and newly registered players can participate in the welcome offer to try and win up to 500 free spins on select games (full terms and conditions apply).

The registration process should take less than five minutes to complete, and once finished; you are free to browse the site and play and six reel slots you find.

Six reel slots are not too different from other types of slots. However, the larger reel size leads to increased hit ratios, although these amounts won’t be that substantial. The bonus features in a six reel slot are perfectly implemented to benefit from the grid size, and there is a variety of different types of six reel slots to try, including Megaways slots.

Find out if this is the type of online casino game for you by trying the best six reel slots to play online and sign up for Mega Reel.