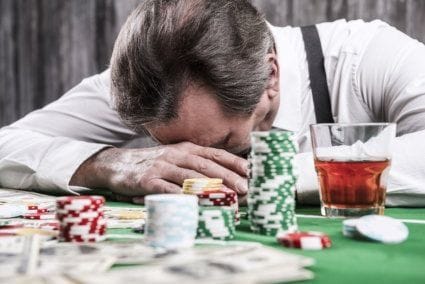 There are constantly stories in the new of gambling times which have gone wrong due to the fact that the person in question has been under the influence when they have decided that gambling was the right choice to make.

Sometimes, things go wrong because they do not understand that they have a general issue, such as an addiction to gambling, other times, they do not realise that the alcohol they have consumed has blurred their ability to be able to make good decisions when it comes to betting.  There are other occasions when the intake of alcohol can prevent someone from being able to stop themselves from spending money and this can lead to huge financial losses.  But in some cases, debt is just part of a much smaller problem.

To play with 500 free spins safe from home click the above link now! Free Spins offers are subject to our Terms and Conditions. 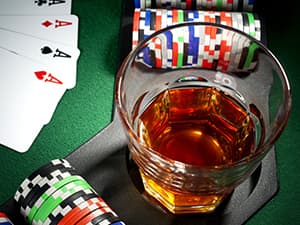 Recently, there has been a story in the news of a young, 22 year old, university student who was under the influence of large quantities of alcohol and went into Rainbow Casino in Bristol.  It was at this time that he, unfortunately, lost £1,400 in a casino which he had asked to be banned from.

Aware that he had a gambling addiction, this Bristol student had already taken action to help himself almost a year previous and had connected himself to the well-known scheme called SENSE which he hoped would enable him to stay protected and away from casinos, even if his self-control was lacking at certainly, especially when he had had a drink.

SENSE should provide an addict with the protection they need to prevent them from being able to enter any sort of gambling orientated establishment.  But sadly, this was not the case with the Rainbow Casino, which the addicted student claimed did not even check his ID, let alone whether he was on the SENSE scheme or not.

For any person gambling, the impact of a big loss is different, but for people of low income, no income and students, this can be disastrous.  The student from Bristol found this out the hard way.  He had already tried to help himself by stopping gambling, finding help and joining the SENSE scheme, but this was only to work if the casinos work with it too. 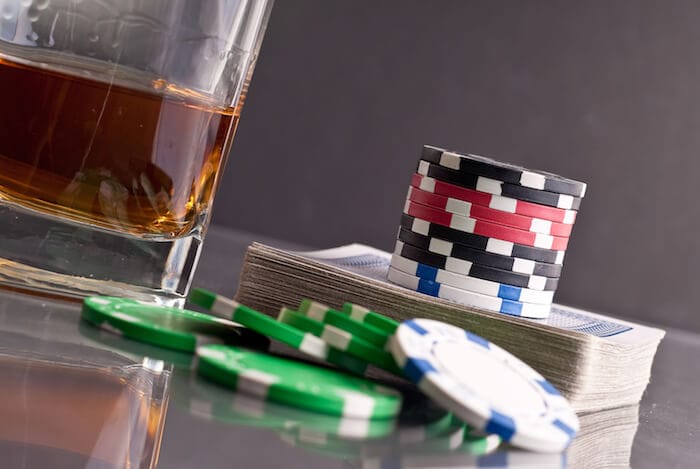 With only a student loan and a part-time job working at McDonalds, the income of the 22-year-old is certainly not affluent enough to be able to wipe his debt quickly.  Though we often hear of people losing much larger figures than this in casinos, this kind of money to a student is life-changing before life has really begun.  Taking months if not years to be able to clear this sort of debt, the impact that one night that got out of control due to the impact of gambling under the influence has, is going to have a long term effect on this young man’s quality of life.

Free slot game today tend to be a safer option for players and a good way for addicts to cut off slowly their addiction.

SENSE is a voluntary self-exclusion scheme which has been created specifically for people who believe that they have an issue with gambling.  It does not judge and is not based on how severe your addiction may be as to whether you are permitted to participate in the scheme.  Without the requirement of medical referrals, the access to this scheme is almost immediate and therefore very highly accessible to people who need help the most and at the times they need it the most.

SENSE is a clever link between the gambling addict and the casinos themselves, where a list is created which prevents the people on the list from being allowed access into any casino.

This is specifically land-based but methods are being put into place to ensure that this can be used in the online world too, so that the people with potential gambling addictions can be protected online.  But not every single casino is linked to SENSE though it would make a lot of sense if they were.  The casinos know that people under the influence are more likely to place large bets and lose their money, so some casinos prey on these poor souls.  But for the many casinos, they realise that it is just as much in their interests to protect their players as it is for them to remain protected themselves.  Though this scheme is only available in the UK, it is at least the first step towards enabling gambling addicts to recognise that they have an issue and be able to help themselves at the times they need assistance the most. 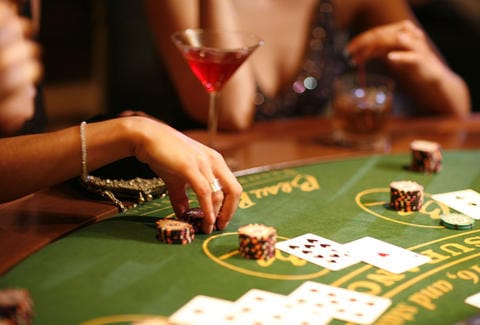 It is common knowledge that gambling under the influence is a dangerous business because your decisions are not always what they would ordinarily be if you were to gamble when you were sober.  You are always advised to gamble when sober and when you are happy so that you are not swayed by your feelings.  By this, it means that the lower you are feeling, the more it will take for the same original feeling to lift you.  So the dopamine released when you win would need to be increased drastically when you are under the influence or in a negative mood.

Due to this, the levels of dopamine need to be increased massively for the gambler to get the same feeling and this can only be done by either playing for a longer period of time or by placing larger bets.  This is where the danger kicks in and when gamblers become even more at danger.

Though casinos have a duty of care to protect their players, there is nothing to stop players from consuming alcohol as they play or to prevent them from entering a casino when they have had a drink.  So this does rely very much on knowing yourself as a player and having impressive levels of self-control even when you are under the influence.

But with so many horror stories of people not remembering what they did the night before or how much money they lost, is it time to increase the levels of protection and create new regulations for the safety of all players in casinos?

To learn more casino news follow the link above and keep yourself updated 24/7.