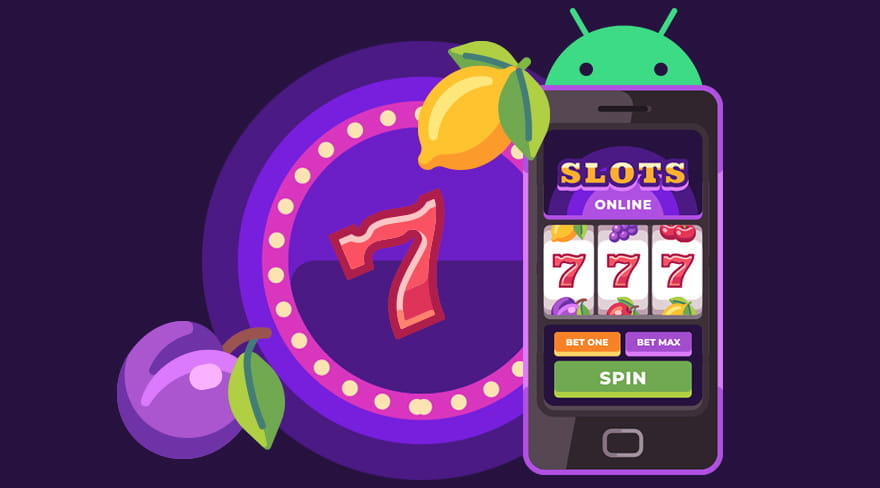 Online slots are still the most popular means of online gambling. Unfortunately, almost every casino site features up to 600 different slot games, making it hard for developers to create something new.

Slots can take on many forms to appease the player. They can be high or low stakes, feature many features or present a unique theme. Another aspect that we don’t pay much attention to is the number of reels. If a slot has more reels, then surely the wins will be bigger?

Well, what if the reels were infinite? That is what you get from an Infinity Reels slot. So, how do these slots work?

Keep reading for more by Mega Reel, while some other of our slot reel categories include:

What is an Infinity Reels Slot?

Infinity Reels video slot games are precisely what its name suggests. The slot game starts with a certain number of reels, either three or five, and pay lines are formed by spinning the reels. However, as the game goes on, more reels are added to the game. You can activate this feature by triggering a bonus, by landing a scatter symbol or through collecting enough symbols.

The idea of unlocking new reels isn’t new and was even present in physical machines. However, nowadays, all online slots are digital, which means they do not face the same limitations. In essence, an online slot game can expand to feature as many reels as the developer chooses. It is even possible to have no limit on the number of reels. That is how we get Infinity Reels slots.

So, where did these slots come from?

Infinity Reels Slots are developed by two online developers, Reel Play and NetEnt. It isn’t clear who started the concept; however, both companies have a claim on the Infinity Reels market.

NetEnt offer InfinitiReels, a service adopted by other studios to create this new brand of the slot. This licensing only makes sense, given how popular NetEnt is as a developer. In addition, their Infinity Reels Slots focus heavily on bonus features.

Reel Play is the second company to offer Infinity Reels. Their version of the concept promises that players can receive an extra reel from every spin. Logically, it appears that players are more likely to extend their reels further with the Reel Play engine.

With that out of the way, what are some of the best Infinity Reels Slots?

Which Infinity Reels Online Slots Should You Play?

Like with most online slot games, Infinity Reels Slots require a deposit from the player to play. This wager is multiplied if the player manages to land a winning pay line. A pay line usually consists of three or more identical symbols across adjacent reels. However, with Infinity Reels Slots, the number of reels can extend to house more symbols which means you can land longer pay lines for larger prizes.

As such, these are the best Infinity Reels Slots to play.

The Giza Infinity Reels slot from Reel Play is an Egyptian themed game that starts with three reels. Players can play this slot with a bet placed between 20p and £25 per spin. The variance starts off as medium in the main game, and the RTP rate is 96.45%. However, this variance level will become high once more reels are added. This means that players will land low-value wins quite frequently.

Players increase the number of reels by landing wins- every successful pay line will add another reel to the game. Once the player reaches twelve reels, they are rewarded with a jackpot bonus of 888x their stake. Other bonus features in this slot include free spins and a gamble feature.

Gargoyle Infinity Reels is another slot that starts with just three reels. This time, the max bet is just £10 per spin, and the max win in the game is £213,000. Again, players will instantly encounter high variance, and the RTP rate stands at around 95.76%, just below the current industry average.

The Gargoyle Infinity Reels slot game has a fantasy theme, and the cartoon gargoyles make up most of the symbols. Players will win when they land a pay line of three symbols, which means it is beneficial to increase the number of reels as soon as possible. You can trigger a new reel by landing a win; however, the screen will only display three reels at a time, no matter how many reels are in play. This design choice ensures that the slot functions smoothly on smartphones and desktops.

The additional reels are considered during the bonus features, as additional wilds are placed on these new reels during the random wild feature. As expected, players can trigger free spins by landing three or more scatters.

The graphics in this slot are nothing special. The game starts on three reels and features symbols comprised of Nordic runes. Land three Odin symbols on a pay lie to win the max prize of 0.27x in the main game.

Again, the Infinity Reels are triggered by landing wins, but this pay line must feature a winning symbol on the rightmost reel to result in an extra reel. As more reels are added, the player will benefit from the symbol multiplier feature. This bonus adds an extra 1x multiplier to each symbol for every new reel added to the game. Players can also participate in a free spins feature or try for the 888x jackpot when they reach twelve reels.

Dragon’s Fire Infiniti Reels from Red Tiger is less forgiving than the previous Infinity Reels Slots, thanks to its 94.72% RTP rate. The variance is still high, and bets start from just 10p per spin.

Red Tiger has designed this slot to give players the feeling of robbing a dragon’s lair. As such, the symbols are designed to look like objects of treasure. The highest paying symbol is the watchful dragon’s eye worth 1x your stake for landing three across a pay line.

Alongside the Infinity Reels feature, Dragon’s Fire Infinity Reels has the fire egg feature. This bonus triggers at random and adds another multiplier to all wins. A free spins round is also present, and the fire wilds feature can reveal more wilds for more significant wins. However, land a win to add another reel to the game, increasing the number of ways to win by three.

Hypernova is a series of slots from Reel Play that already has a Megaways and radial reels version. Now they are adding the Infinity Reels mechanic to the outer-space adventure, with successful pay lines adding more reels to the game and causing a re-spin.

Hypernova Infinity Reels was released in 2021 and starts with three reels and medium variance. This variance will increase to high as more reels are added. This slot has a design that puts it in line with more classic slots. The reels drift through the dark void of space, and the symbols are basic coloured shapes. The graphics aren’t stunning, but the extra features more than makes up for it.

Players can trigger the Infinity Reels free spins by landing a six symbol pay line. They then receive three free spins, with the symbols on new reels sticking in place to help create wins. The symbol boost is also present, as is the jackpot feature for players that increase the number of reels to twelve.

The RTP rate for this slot is 96.2%, and you can play Hypernova Infinity Reels with a stake set between 20p and £25 per spin.

Lastly, we have the jungles of Mid-America to sift through in El Dorado infinity Reels from Reel Play. This 3x4 slot has an RTP rate of 96.54% and medium-high variance. Bets range between 20p and £40 per spin, and the max multiplier win is 6250x the stake. Therefore, we can calculate that the max win in the game is £250,000.

Encounter the lost city of gold and try to match the stone symbols to win a prize and increase the reels. Wilds make an appearance in the form of a man in a headdress, helping to complete unfinished pay lines. The bouncy soundtrack is also a nice inclusion.

The El Dorado Infinity Reels Slot comes with the same symbol multiplier boost and 88x jackpot feature, but the free spins work a little differently. First, the player needs to land the temple scatter to choose between variations on the RTP rate for that round. These RTP rates range from 95.51% to 96.54% for ten free spins.

As you can see, Infinity Reels Slots adds more to the gameplay than just one extra reel. Is this why we play them?

We have already alluded to the main reason that people choose to play Infinity Reels Slots, and that is the different experience every player will have.

With the number of reels increasing every time, no player will have an identical experience with the same slot game. You can play for an hour and receive twelve or more extra reels, or play the same amount of time and play with just six reels. Thus, Infinity Reels Slots are highly unpredictable.

You can find another reason that players choose to play Infinity Reels Slots in the game descriptions above. Almost all of them provide some bonus features that are unique to the Infinity Reels mechanic. For example, the jackpot feature rewards players for reaching a certain number of reels, and the symbol multiplier ensures that wins never lose their impact by increasing their worth.

It seems that Infinity Reels Slots are the perfect fit for the online community.

On Which Casinos to Play Infinity Reels Slots?

If this type of slot has piqued your interest, you’ll be pleased to hear that you can play Infinity Reels Slots right here at Mega Reel. Use the search bar to find one of these games and click ‘Play Now’. However, new players will need to register by:

Once registered, new players can even check our promotions page to see if they qualify for our welcome offer. This bonus can win players up to 500 free spins on select games (full terms and conditions apply).

From here, you can go on to play all the Infinity Reel slots that catch your eye.

Overall, the addition of Infinity Reels Slots brings more variety to the world of online slots, and that can only be a good thing. They might not be for everybody, but it seems as if these slots have made an impression on the gambling community and are here to stay. See if the Infinity Reels Slots are your new favourite style by playing at Mega Reel now.