Which are the Best Fantasy Slot Machines to Play? 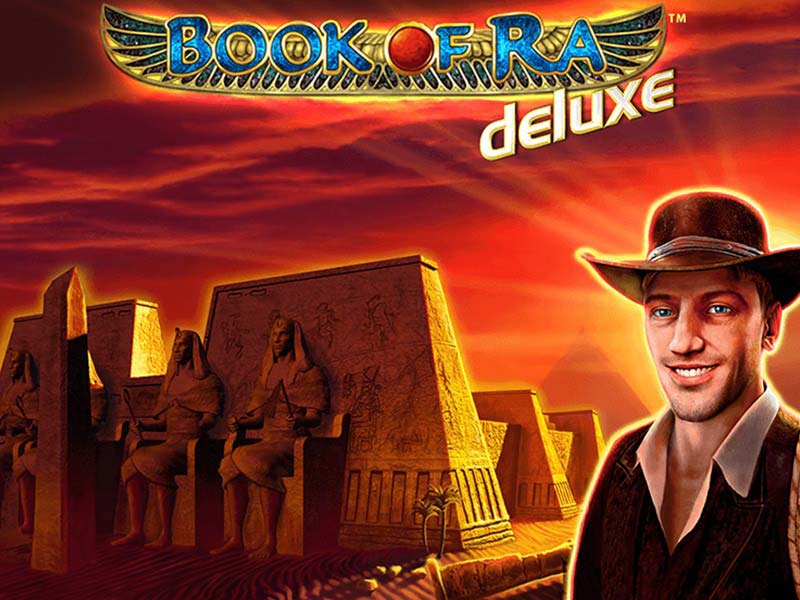 Fantasy has always been a recurring theme in everything we do in our life. How you may ask; well, a hundred years ago, it was pure fantasy to think one day you'll be able to play your favourite slots on a device that you can hold in your hands over the internet. So, yes, everything we have today was once a fantasy in someone's mind. Fantasy is dug so deep in our minds that it makes us do things that otherwise might not have been possible. The gambling world, of course, is also greatly inspired by the fantasy theme. Today, we have the tools and tech to transform our fantasies into depictions and roll those depictions on the reels of slot machines. Fantasy slots take us on a journey back to our childhood, to magical places and incredible creatures with superpowers that we can only imagine. That is the reason why fantasy video slots have become immensely popular among punters. Below, I will try to lay out what fantasy themed slots are and what makes them so popular. Besides, I'll also add a list of my favourite games, so hoop in and let's get started. Keep in mind that daily free spins, a stunning welcome bonus and more can help you start your own journey to online slots at Mega Reel (Ts & Cs Apply).

What to Expect in Fantasy Themed Slots?

Well, fantasy slots are essentially the machines carrying fantasy themes that are based on unreal storylines. Slots with a fantasy theme manage to transport us to an otherworldly environment and recall the childish part of us, the one that makes us continue to be children. And of course, they give us immense opportunities to score some hefty wins on our ways to the imagination.

Fantasy slot machines are titles set in fairytale worlds that contain elements of fantasy, magic, epic, chivalric, Egyptian, mythological legends or adventures carried out by heroes who frequently inhabit harsh and violent worlds, where they fight with evil ones who use magic and hidden powers to bring payouts for the players. There are free casino games in alternative worlds set in antiquity and modernity or the contemporary age, but they all have in common that elements break the boundaries of established reality in fantasy games or fantasy genre.

Magic and fantasy slots open doors to the other worlds and help them reincarnate for a few hours into a character from your favourite Universe. Below, I am listing 5 of the best fantasy slots so you can play right now.

Merlin's Magic Respins is a 3D fantasy slot game developed by NextGen Gaming. It is based on a story about the mystical wizard Merlin who happens to be King Arthur's mentor and uses his magic tricks to lead the king to the treasures. The slot holds mythical symbols, including a book of spells, magical scroll, magic bowl, telescope, and, of course, a cauldron with a mysterious brew.

Playtech online game provider's Age of God online video slot machine is one of its kind, which comprises a 5x3 grid with twenty paylines to land the wins. In this game, the main characters are the Greek gods: Aphrodite, Zeus, Athena, Poseidon, Hercules and Hades. So, every inhabitant of Olympus has different skills that benefit you with the boosting of wins. Such as, in the bonus round, Poseidon turns random symbols into wilds. Athena activates multipliers, while the figure of Hercules completely occupies the middle reel and performs the function of the wilds. Zeus is not behind all these because he gives 9 free spins and a progressive multiplier.

NetNEt's Blood Sucker online video slot is another fantasy based game that offers you to win as much as x1,000 of your stake via standard grid structure and 25 paylines. The bet size is pretty flexible, ranging from 0.25 to 25, and has a good RTP of 98%. So, the most noteworthy features of the Blood Sucker slot include:

Apart from the handsome rewards, this fantasy slot is one of the kinds that induce realistic effects through its presentation.

Online slot machine Bewitched is a saga about sorcerers, witches and magical creatures and is developed by none other than iSoftBet. The protagonist of the storyline for this fantasy slot visits Merlin, and the actions start from there.

Therefore, this game pays you the highest prize of up to x2,000 through the winning combinations and bonus rounds on 15 paylines. Also, don't forget to not its RTP, 94.6 and 95.35% for the main game and bonus round, respectively.

The developers of Dragon Kingdom have created their own "Game of Thrones" with red-haired Daenerys and three dragons. This fantasy slot will delight its users with its colourful design and epic music, as well as a variety of bonuses. Set on a standard grid structure and complemented with 25 paylines, this video slot avails you the opportunity to win as much as x10,000 and includes few bonus features.

The main secret of the Dragon Kingdom slot machine is that to get coins, and it is enough to drop the same symbols on just two reels. Winning combinations are formed from the leftmost reel. Dragon Kingdom online video slot has an RTP of 96.47%. The bet per payline in this game varies from 0.01 to 0.5 coins.

The fantasy theme is recurring and is one of the most explored topics in slot machines. These machines attract users by their vividly lit environments, originality, unseen visuals, exciting gameplay, attractive characters and advanced 3D graphics. Besides, they hold an element that fuels our imagination and let us break the boundaries of established reality.

These machines are top-rated among punters of all ages and backgrounds. Besides, slot developers also love to play around with the fantasy theme since they always look for originality, and in this case, the only limit is their imagination. Further, the theme also gives them the liberty to use characters, landscapes, stories known to all, from popular folktales to legends or stories promoted by movies and cinema.

In fantasy slot machines, you can find yourself travelling to worlds where you'll get a chance to meet the Greek gods, otherworldly funky aliens or the devils of the underworld. You can even come face to face with mythical creatures such as dragons or hounds of hell or even meet iconic figures from the past, such as Cleopatra or Alexander the Great.

In Simple words, fantasy slot machines will make your imagination fly and recall your childhood while enjoying immersive graphics and sound effects.

Which studio makes the best fantasy slot machines? Which manufacturer's slots hold the best and most vivid graphics, and who develops the most spectacular animations in the fantasy genre. What brand of video slots pleases with original bonuses and unique prize functions? Here is my list of the top 5 fantasy slot developers to answer all of the questions mentioned above.

NetEnt studio has long been considered the leader in online gambling software, and I often refer to them as Pablo Picasso of the gambling arts. With a fantasy slot portfolio consisting of games such as Warlords: Crystal of Power, Blood Suckers, Alien's and Gonzo's Quest, by far the best fantasy slot producer out there.

On the second spot, we have Microgaming, one of the most prestigious online slot developers. In their fantasy portfolio, we have games like Thunderstruck, Thunderstruck 2, Dragon's Myth, and a whole lot more. Their games are sometimes outdated though they are now taking steps to improve their graphics and supplement their portfolio with new and unique titles.

The company began producing online gambling games in 2013, much later than many famous brands, but quickly became a severe competitor for them thanks to their seamless graphics and immersive subjects. Currently, Yggdrasil Gaming fantasy slots are among the best in the business and are represented in most leading multi-platform casinos.

This company is considered the recognized leader among the manufacturers of 3D video slots, and thus you can expect some fairly immersive fantasy titles from them. We have Fire and Steel, Orge Empire, Tiger's Claw, Book of Darkness, and plenty more among their fantasy slot titles. Founded in 2006, the studio produces gaming machines with stunning 3D graphics, immersive gameplay and exciting bonus rounds.

It is also a newcomer to the internet gambling software industry, releasing games only since 2013. They are best known for their fantasy theme and unusual slots that you won't be able to find anywhere else. The best of their titles include Dream Zone, Voodoo Gold, Valkyrie, Wild Seas and Hidden.

Almost every online casino has a section dedicated to fantasy slots, and even if they don't put them in a separate section, you will still be able to find a great number of fantasy machines in all games section. However, seeing the surge of rouge slot sites that tend to put their customers in great danger by scripting their slot machines, I recommend you thoroughly evaluate a site you are about play at, and here is how you can do that.

When evaluating an Internet site with slot machines, you first need to study the information about the owner and license. Even if a license number is written on the site, it is not that it exists. The only proof of the document's existence is a clickable validator icon redirecting to the regulator's website. There you can find complete information about licensing. Only signup on a site that has a valid license to operate inside the UK.

Regulators issue licenses only to those sites that sign direct contracts with providers and provide the results of checks of slots and RNGs from independent experts - eCOGRA, iTechLabs, etc. Select an online site having at least one seal of fairness from any of the game testing labs.

Have a Look at Withdrawal Information

The operator undertakes to conduct transactions and timely pay winnings to its customers. If this does not happen, the site is nothing but a fraud. Have a look at the banking information, supported payment methods, and, most importantly, withdrawal processing times. Also, Check out the customer reviews to find exactly how the site behaves with its customers trying to withdraw their wins.

You will have to provide your personal information to play on an online casino in the UK legally. However, this information can end up in the wrong hands. To protect your information, ensure that the site is protected by SSL encryption, which guarantees the safety of data from transferring to third parties.

Based on the aspects mentioned above, I would recommend you to go with Mega Reel casino. It's a site operating under a valid license from the UK Gambling Commission with the games tested and certified by SQS and is protected by the DMCA. Furthermore, the site offers a massive cache of fantasy slots and guarantees instant payouts with minimum processing times.

The fantasy genre has penetrated all areas of modern entertainment. Books, comics, films and video games with mythological characters invariably attract the interest of the public. This topic is also popular among gambling developers. Slot machines in the genre of magic are as widespread and in demand by gamblers as slots with fruit symbols or machines about the treasures of the ancient pyramids. The best magic video slots have a complete storyline, immersive gameplay and offer players original mechanics and unique bonuses. Overall if you are looking to get into the world of online gambling, fantasy slots are the best ones.