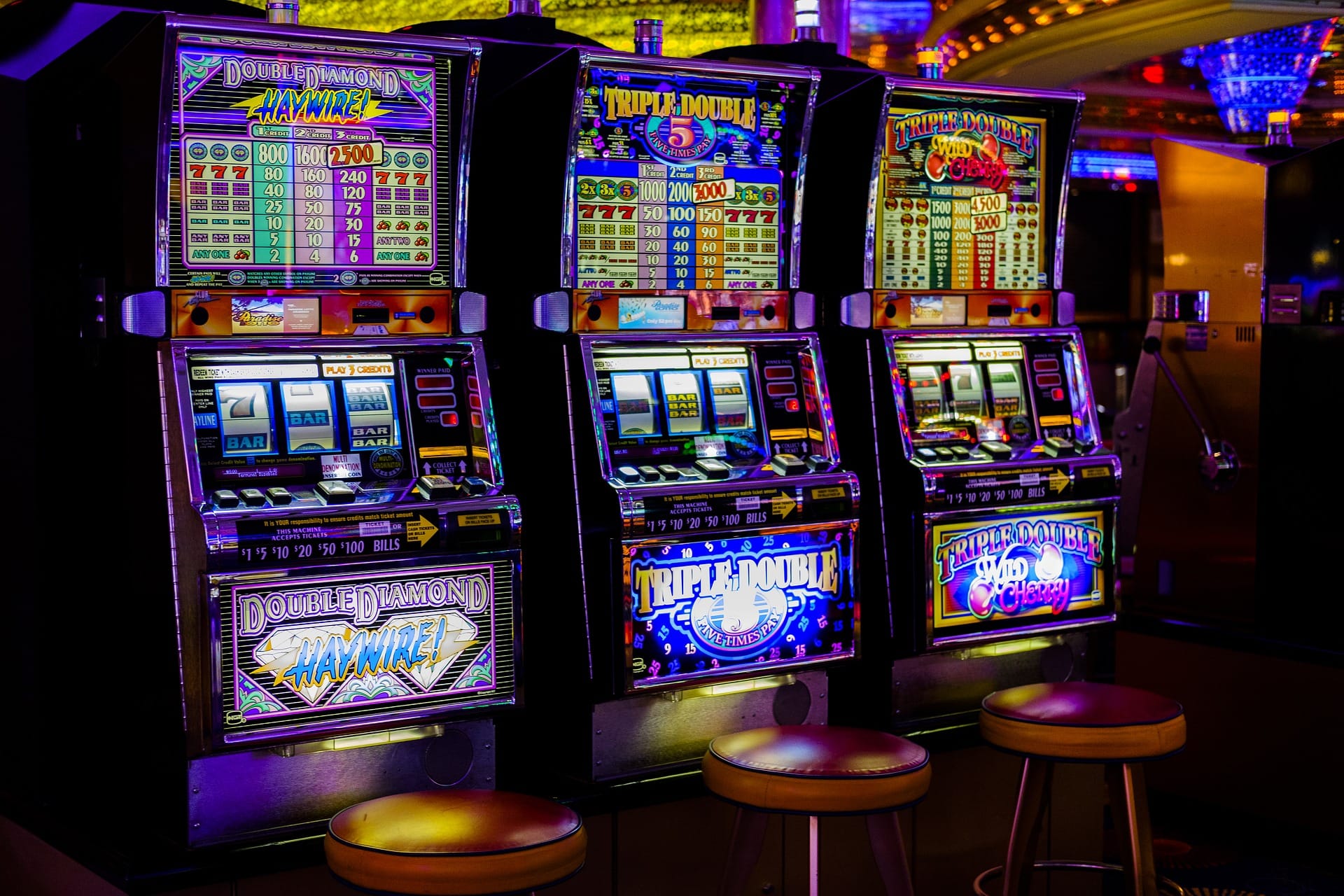 With there having been so many popular games released during 2019, the list of the best online slots games is hard to be subjective, but there are a few games that have stood out. These are games that have repeatedly stayed or reappeared back in the top slots charts due to their fun gameplay, extensive bonus features or large jackpots. Whatever their reason, the following slots games have made it into the top 5 for the best online slots in 2019. Is your favourite slots game in the top 5?

Playing free spins online around the theme of an all-time popular classic free spins games, this Egyptian themed slots game easily slots into the top five and has remained popular since its release in 2012. There’s nothing particularly fancy about this game but it does have an impressively loyal following who have enabled it to gain the number 4 Slotrank award and the Top10 Golden badge. This is a medium variance game with an RTP of 95.7%, 5 reels and 20 pay lines. Based upon the story of the last known pharaoh of the ancient Egyptian world, Cleopatra will help you to further your way towards winning the substantial jackpot of £25 million. Created by IGT, there are lots of free spins up for grabs and the obvious big payouts available. But will playing with ancient Queens be a lucky way for you to play slots games online today?

This is a very classic style of slots game which does not have particularly high-end graphics or extensive bonus features for you to play. But its traditional approach is what seems very attractive to a large number of players who participate in this game online every day. With a great betting range, you can place bets from as little as 20p up to the more substantial £100 per spin and see if Cleopatra is feeling lucky today. The Queen of the Nile herself is the wild of the game and will double your winnings when she appears on your reel. Or test your luck and see if you can land anywhere between three and five Sphinx to activate your free spins which are a regular and generous occurrence within this online slots game. You can win a maximum of 15 free spins and any winnings will be tripled leading to some impressive financial rewards. If you are fortunate enough to be able to land some scatters during your free spin feature, you could be in with a chance of winning an incredible 180 free spins all at once which will be an amazing boost!

Meet Gonzo your friendly guide based on the historical figure, Gonzalo Pizzaro. Gonzo’s main aim is to help you to find the lost city of gold and enable you to win as much money as possible as you can along the way. A clever and entrancing slots game brought to you by NetEnt, this is a medium to high variance slots game with a massive following. Loved for the graphics, storyline and the way in which the game is played which appears unlike most other slots games online, Gonzo’s Quest has remained popular since its release in late 2013. Unsurprisingly really when there is £187,500 at stake as you battle to find the jackpot with the infamous Gonzo.

This is a 5 reel, 20 pay line slots game with an RTP of 95.97%, though actually if you look closely at the layout of this game, there aren’t actually any reels in site! Instead, the carved stone blocks all perfectly stacked form the reel equivalent to enable the 20 pay lines to be formed. The most exciting feature within Gonzo’s Quest is the Avalanche feature where winning combinations of blocks explode and are replaced by tumbling blocks which fill the gaps. The more winning combinations you hit, the more new blocks appear like magic until there are no more combinations found and you will need to decide whether to spin again. The Avalanche feature is not only exciting because of the exploding and replacing of blocks but because consecutive Avalanches create multipliers so the wins can be rather impressive.

Other bonus features included within this treasure hunt style slots game include Free Falls which are Gonzo’s equivalent to free spins. Land a minimum of three Free Fall symbols and you will receive 10 free spins. Land more than three Free Fall symbols on two different lines and 20 free spins will be yours. You should also know that Free Falls come with multipliers that can reach an exciting x15 so aiming for these is a no brainer! Also, look out for the wilds in this game that can take on the form of any symbol at all because this will maximise all of your winnings across all 20 pay lines without you having to change a single thing yourself. This is a fun-filled, action-packed slots game and it is sure to remain popular with players for years to come. 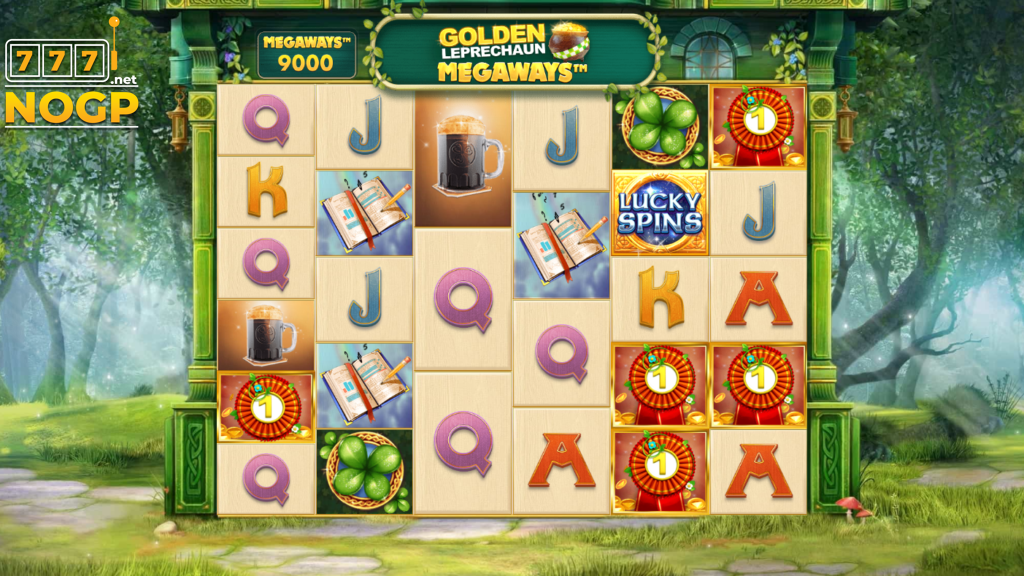 It might be old but it’s by no means out, this light-hearted and traditional style slots game has been a hit since the summer of 2006. With a fruity theme familiar to players of all frequency levels, this slot offers gamers a chance to win £2 million if they are lucky enough to be able to win the jackpot. Popular fruit choices include those of cherries, grapes and watermelons, but which will be the most financially rewarding as you play Double Bubble? This is a slots game of medium variance with 5 reels, 20 pay lines and an RTP of 96.02%. Appealing to players of all budgets quite literally, bets can be placed from as little as 1p up to £100 per spin of the reel.

There are multiple bonus features included in this game keeping players well occupied for increased periods of time. The wild is shown by the appearance of the Double Bubble symbol itself. If you are fortunate enough for five of these to appear on one pay line at the same time then you will be in receipt of 20,000 times your bet. Trigger the Bubble Bonus game through the BB symbol itself appearing on the first, third or fifth line. It is at this time when you will be presented with three balloons and you will be given the opportunity to choose which one you would like to pop. Having chosen and popped your balloon, you will then be awarded the level of multiplier hiding within your balloon. If the wilds, Double Bubble and Bubble Bonus games are enough for you, keep your eyes peeled for any substitution symbols, scatters and multipliers available throughout the rest of your game. Combining any of these features can lead to huge instant cash wins!

Microgaming created this popular slots game in 2006 and since then, gamers have never looked back from this progressive online slots game. With an RTP of 88.12%, Mega Moolah is a medium variance slot game with 5 reels and 25 pay lines available to you. This slots game has remained popular for 13 years because of the mass excitement it causes and as a consequence, it has been the result of more millionaire winners than almost any other slots game ever played. Though it is known as “Millionaire Maker” more commonly than Mega Moolah now, this game has so many ways in which you can win life-changing sums of cash that we just can’t name them all.  Mini Jackpots will win you £10, Minor Jackpots £100, Major Jackpots £10,000, and Mega Jackpots a magnificent million!

The lucky lion symbol is the wild card in this slots game. It is able to replace all other symbols apart from scatters and will maximise the potential of your winnings. You will always gain double the winnings when you have won with a wild symbol in play, and if you win with during a free spins feature then you will be able to triple your winnings which often results in significant money. Free spins are triggered by aligning a minimum of three scatters on your reel at any one time. It is the mischievous monkey character you are looking out for to help you in this instance. For three monkey symbols, you will be rewarded with 15 free spins with every win being tripled due to the multiplier function which automatically kicks in. Whilst you are playing your free spins, if you find three more scatters, you will be given another round of 15 free spins, resulting in an overall 30 free spins. Can you see the pound signs flashing before your eyes yet? Place your bets from as little as 1p to be in with a chance of winning £225,000 and see if the mischievous monkeys and the lucky lions are going to help you hit the jackpot.

Age of the Gods Slots

Recently ranked as being the number 20 in the Slotrank charts, Age of the Gods is a fabulous game from Playtech. With an ancient Greek theme behind it and many different Gods to help you along the way, including Zeus and Hercules, will the luck of the Gods be on your side as your play this medium variance slots game? With an RTP of 95.02%, 5 reels and 20 pay lines, this ever-popular slots game offers players the chance to win a very civilised  £1 million having placed bets as little as 20p. With bright and enticing colours, high-end graphics and incredible sound effects, the ancient Greek Gods really do feel like they are ruling over your slots game as you play. And wow are they powerful with their four levels of power equating to the four different jackpot levels available for you to win.

The highest value bonus symbol is the laurel leaf. It is gold in colour and if you are lucky enough to gather five of them on one pay line, you will be able to multiply your bet by 10,000. Try your luck at triggering the Pantheon of Powers by aligning 5 God symbols at the same time. It doesn’t matter which Gods or in what order they appear but there does need to be five of them to enable you to win 200 times your bet. Greek letters, the helmet symbol, and the game logo also increase your winnings but to a much lesser degree. There are also free spins up for grabs in this game where you can pick you free spins feature game through choosing your favoured Greek God. Each God has their own pros and cons, with extra free spins, multipliers, wilds, extra wilds and extra reels all being included in the mix. But until you choose which God you will worship, you will not fully know the extent of his full powers, perhaps until it is too late!

This article has discussed with you the best free casino games uk of 2019 as voted by players of the UK. How good or well like a game is, is as always, very subjective, but there is a good variety of slots games on offer in this list and there is definitely something for everyone to enjoy. If you have not played on these games before, though some have been around for over a decade, why not give them a try before the year is out? There is no better time to try a new slots game before we are inundated with new games from all of our favourite developers in the New Year.

Alternatively, if you would like to see more of the popular games that players have enjoyed gaming on during 2019, you could take a look at Zuma Slots, Monopoly Slots, Mega Fortune Dreams and Beach Life. For themes, graphics and bonus feature aplenty, you will have plenty to keep you occupied over the winter months by exploring the most popular slots games of 2019. You never know, you might just find your favourite game of 2020 in this list, too!

Learn more on the Terms and Conditions that apply on Mega Reel free spins!